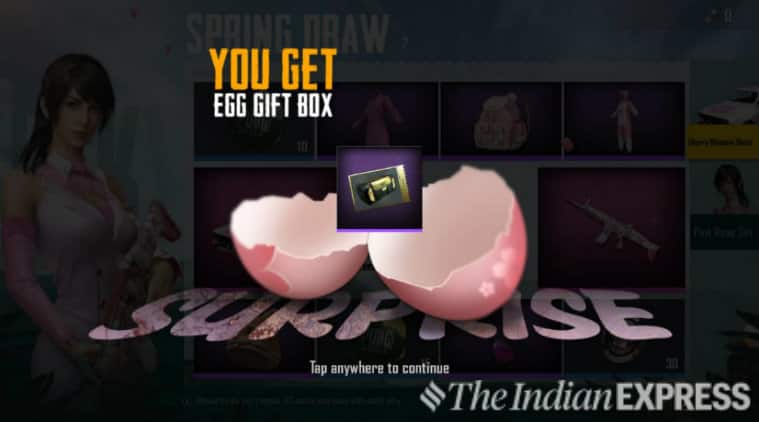 The festival of Easter just passed, during which Tencent Games introduced a number of Easter-themed changes to its popular battle royale game, PUBG Mobile. One of these changes included an Easter egg hunt. The company has hidden a number of Easter eggs within the game, which the players can find to get gifts.

Though Easter has passed, PUBG Mobile’s Easter egg hunt is still live, so if you haven’t tried collecting the eggs, this might be your chance.

PUBG Mobile has two types of Easter eggs that can be collected by the players. The first one is a single egg, which when you find can be opened to get some in-game apparel. Whereas, the other ones can be found inside if the game at multiple locations.

To get the first Easter egg, you need to open the spring draw tab, which when open you will need to search behind the plants showing up on your screen by tapping on them. You will find a little egg sitting behind one of those plants.

The in-game Easter eggs could get you a free crate in the events tab when you are able to collect five of them. They can also be redeemed to get battle points and a number of random prizes.

PUBG Mobile recently admitted that its 0.12.0 update caused a bug, which is causing for players not to see the jump plane and stay in the air longer than expected. The company has stated that it is working on a fix for the same.