Orionid meteor shower to peak next week everything you should know 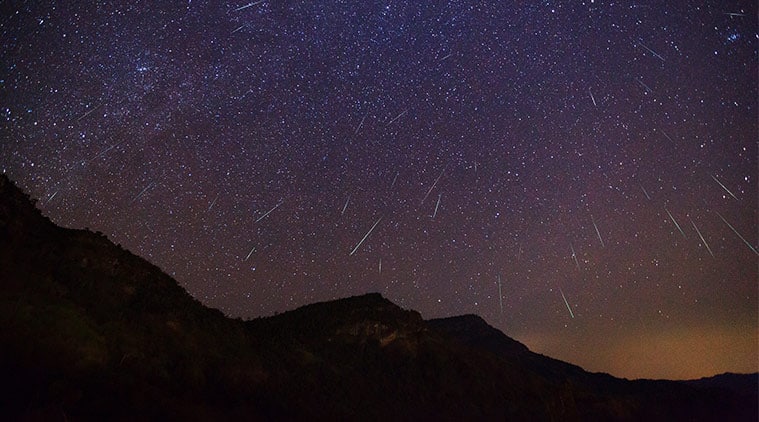 Space researchers and enthusiasts are set to witness an annual celestial show early next week. They are going to see the Orionid meteor shower, the annual meteor shower which takes place in the month of October. It normally lasts from approximately October 16-26 every year. During this period, the Earth passes through the stream of debris which has been left behind by the Halley’s Comet. This year, the meteor shower is set to peak early next week and here’s how you can track it. However, let us first understand what are Orionids and how is it important?

What is the Orionid meteor shower?

Each year, during the months of October and November, our planet orbits through an area of space which consists of the debris left behind by Comet 1P/Halley. Since the comet orbits the Sun, small chunks of its outer layers break and get left behind.

Now, the Earth during its orbiting process comes in contact with the dusty debris, which allows the small bits to collide with our atmosphere at high speeds and create light streaks across the night sky.

When is the Orionid meteor shower going to peak next week?

This year, the Orionid meteor shower will peak on the night of October 21 (Monday) to October 22 (Tuesday). According to NASA’s advisory, Orionids are viewable in both the Northern and Southern hemispheres during the hours after midnight and space enthusiasts need to go to an area that is away from city lights.

People who are living in the Northern hemisphere, NASA advises stargazers to lie flat on their back with their feet facing the southeast direction. For those living in the Southern hemisphere, they need to look up, taking in as much of the sky as possible. Within 30 minutes of darkness, your eyes are going to adapt and you will start seeing the meteors. It is going to last until dawn, the US space agency said in its advisory.