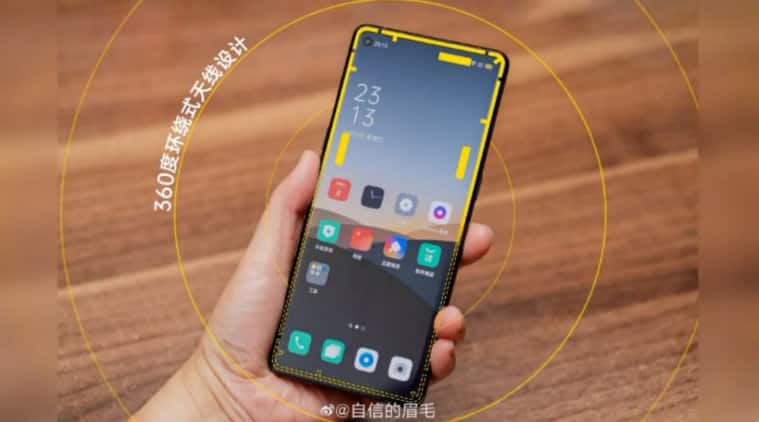 Oppo Reno 3 recently also popped up on AnTuTu and managed to get a score of 379839.

Oppo recently revealed that it will be launching its next-gen Oppo Reno 3 series in China on December 26. Ahead of the launch, Oppo VP Brian Shen, on Weibo has revealed that the new Oppo Reno 3 and Oppo Reno 3 Pro will feature a 360-degree surround antenna design. This will help the device provide its users with better signal reception to maintain network stability.

Additionally, the Oppo Reno 3 has also shown up on the AnTuTu database, hinting that the device will be powered by the MediaTek 6885 processor.

In his Weibo post, Shen stated that the Reno 3 and the Reno 3 Pro will feature a 360-degree wraparound antenna design, which will surround the entire frame of the phone. This will be useful when a user needs a faster and more stable connection for performing tasks like video streaming or playing heavy games.

The image accompanying the post shows that the area covered by a users hand might block the signals, however, the area left uncovered on the upper half region will make sure that network reception is not an issue.

There are a lot of concerns regarding the mmWave 5G network amongst the industry as it has very poor signal penetration and lower range. Due to which smartphone manufacturers have to work on the antenna design to make sure that 5G phones don’t suffer from network reception problems.

Separately, Oppo Reno 3 recently also popped up on AnTuTu and managed to get a score of 379839. The device was spotted sported the yet-to-be-announced MediaTek MT6885 processor.