If you have ever lost a smartphone, you know how much much it hurts. To lower the pain, Department of Telecommunications (DoT) has come up with a new portal, which will help mobile phone users trace their stolen or lost mobile phones.

The project is being called ‘Central Equipment Identity Register’ (CEIR). According to DoT, the project will aim at blocking lost or stolen mobile phones across mobile networks. AT the same time it will also facilitate the tracing of such phones.

The CEIR project will identify the phones using their IMEI number. However, some miscreants reprogram the IMEI number, thus resulting in a cloned IMEI number. Due to this, there are a lot of duplicate IMEI handsets in the network. DoT says if such IMEIs are blocked, several genuine customers might suffer.

The CEIR project will try to get rid of duplicate and fake IMEI phones apart from helping people with their security, theft, and other concerns.

This program will be quite helpful for people who have lost their phones. However, as of now, the website appears to be down. 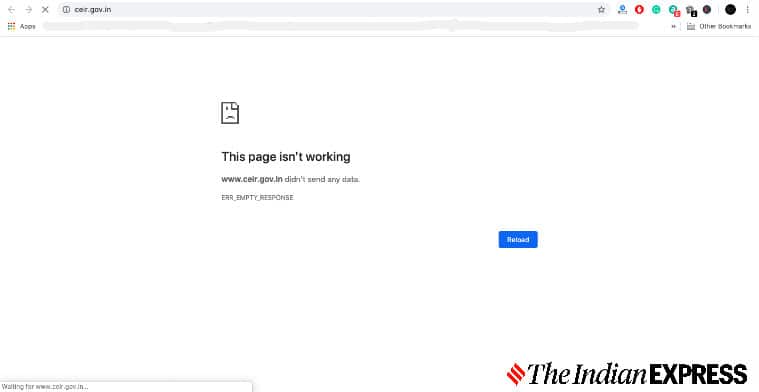 To file a complaint under the CEIR project, you will first need to file a First Information Report (FIR) with the police and then inform DoT about the incident through a helpline number 14422. After this, DoT will be blacklisting the device from further use. If anyone inserts a new SIM into the device, the service provider will identify the new user and inform the police.