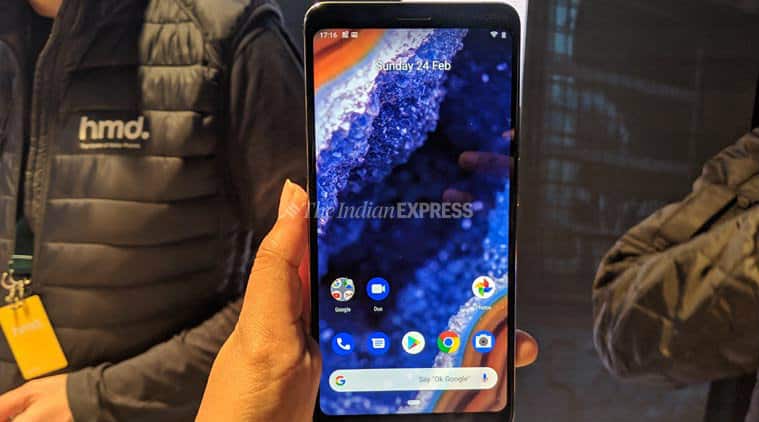 HMD Global during MWC 2019 convention held in Barcelona showcased its latest flagship smartphone dubbed, Nokia 9 PureView. The company initially made the device available in the US for $699 (approximately Rs 48,500).

According to a new report by NokiaPowerUser, the device will be launched in India by the end of April. As of now, HMD Global hasn’t sent any media invites regarding the launch of the smartphone.

The report further states, that the device will be priced around Rs 46,999 in India. As of now, the device is only available in the US and is available for pre-orders in Europe.

Nokia 9 PureView sports a 5.99-inch Quad HD+ POLED display with a resolution of 2960×1440 pixels. It is powered by the Qualcomm Snapdragon 845 processor paired with an Adreno 630 GPU. It comes with 6GB of RAM along with 128GB internal storage.

The device runs Google’s Android 9.0 Pie operating system in its stock configuration. All of this is backed by a 3,320mAh non-removable battery with support for wireless charging.

SRK pledges to help toddler at Muzaffarpur railway station, says he knows how it feels to lose a parent