In the midst of national coronavirus lockdown, smartphone prices have gone by up to 6 per cent as a result of the hike in GST of smartphones and certain components from 12 to 18 per cent. All major mobile phone players have raises prices of smartphones, including Apple, Samsung, Xiaomi and Oppo, among others. 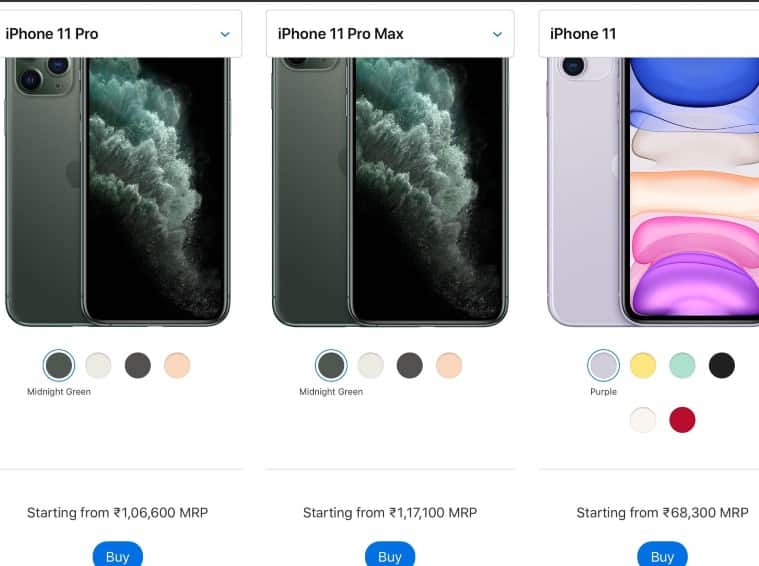 The price of Apple’s iPhones has increased by 5.2 per cent. (Screenshot: Apple India website)

Xiaomi, India’s largest smartphone maker by volume, has also raised mobile phone prices in India. In a press note, Xiaomi said the company had no choice but to pass on the additional costs onto consumers. Manu Kumar Jain, managing director of Xiaomi India, had earlier opposed the move by the government and had said that the GST hike will badly impact the mobile industry in India.

India Cellular & Electronics Association (ICEA), India’s industry body representing the electronics sector, had also demanded an urgent rollback of the increased GST on mobile phones. The ICEA had said the mobile phone industry is under stress because of disruption in the supply chain due to Covid-19 and the increase in GST would “devastate” the sector. ICEA has Apple, Foxconn, Vivo and Oppo among its members.

Sales of smartphones and other electronics products have been banned after the central government ordered a nationwide lockdown for 21 days, limiting the movement of people in a country of 1.3 billion.