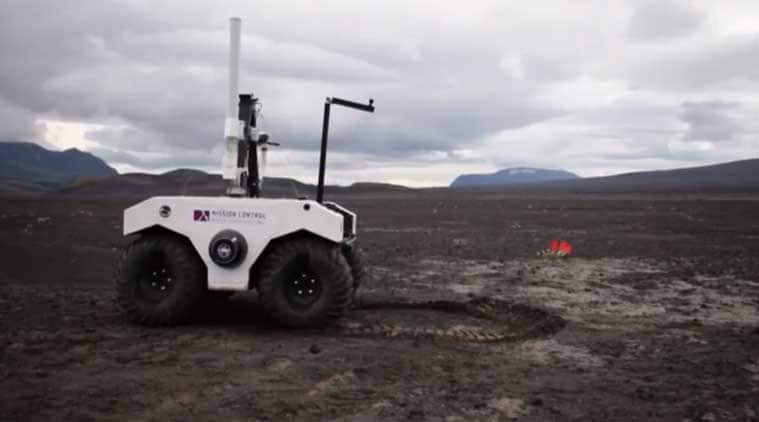 According to news agency AFP, 15 scientists and engineers from NASA are testing the rover prototype on the Lambahraun lava field. This is located close to Iceland’s second biggest glacier, Langjokull. The NASA rover will land on the Jezero Crater on Mars. The rover launch is expected in July 2020 and it will land on the red planet by February 2021. The Mars 2020 rover is expected to spend at least one Martian year (687 Earth Days) on the planet.

According to AFP report, the reason NASA is testing its rover in the volcanic islands of Iceland because of the similarities with Mars.

“It’s a very good analogue for Mars exploration and learning how to drive Mars rovers,” Adam Deslauriers, manager of space and education, at Canada’s Mission Control Space Services said. This company has been commissioned by NASA to test a rover prototype, notes the report.

The prototype being tested is a “small, electric vehicle with white panels and an orange chassis,” propelled by two motors and is powered by 12 small car batteries, adds the report.

It is basically indestructible, according to Deslauriers. The rover weighs approximately 570 kilograms and moves at a slow speed of 20 cms (7.9 inches) per second. The reason for this slow speed is that the rover needs to collect data and imagery properly.

The rover exploring Iceland is just a prototype for the one that will eventually go to Mars. NASA has also begun testing the cameras on board and the rover’s arm as it gets closer to the mission.

NASA’s last rover Curiosity has just completed seven years on Mars. It landed on Mars on August 6, 2012.  The Jezero Crater where the Mars 2020 rover will land there are sediments containing clays and carbonates, which could help the US space agency understand if the red planet had water. The mission also aims to collect samples, which could help NASA study the planet more closely.

The Mars 2020 rover mission will be looking for ancient habitable conditions and whether the planet had microbial life. It will also collect rock and soil samples and store them on the planet’s surface. NASA is hoping that future missions will be able to retrieve these samples.