The HiRISE camera images show the changing landscape of an ice crater on Mars. (Image: NASA/JPL/University of Arizona)

The HiRISE camera onboard the Mars Reconnaissance Orbiter has been monitoring InSight’s landing site in the Elysium Planitia region of Mars as well as tracking the changes to the surface of the planet. The images from the HiRISE camera suggest that the red planet is far from being a static place and the recent set of pictures confirm this even more.

The University of Arizona’s Lunar & Planetary Laboratory (LPL) shared a GIF image last week that combines pictures of an impact crater on the north polar ice cap over the span of six Mars Years. For reference, one Mars Year lasts for 687 Earth days.

The floor of the impact crater caries icy deposits and the GIF made from HiRISE images showcase the change of ice deposits as they shrink, expand, and change shape or surface texture year after year. The animation combines images taken in February 2008, August 2010, July 2012, February 2016, January 2018, and December 2019– which spans over six Mars Years.

NASA aims to send astronauts to the Moon by 2024 and establish a sustained human presence on and around the Moon by 2028 under its Artemis lunar exploration program. However, the program will serve as a guiding tool for the bigger picture that is the space agency’s Mars human exploration plan. 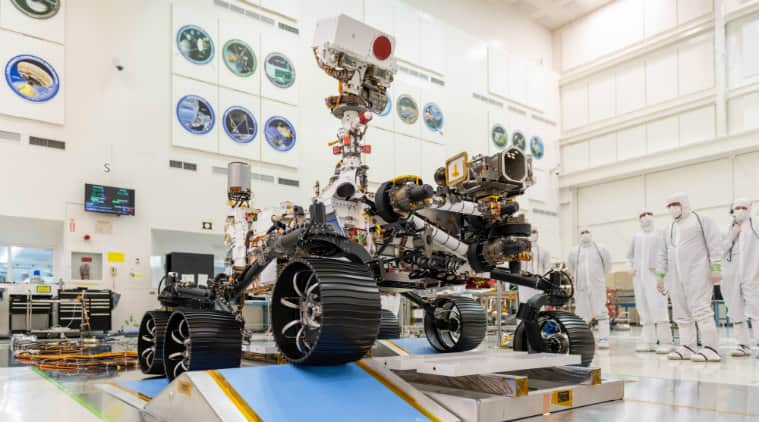 As of now, NASA’s Curiosity rover is exploring the surface of Mars doing science experiments and sending back the valuable data and pictures of the red planet’s terrain. The InSight lander is still on Mars and last year the Mars Reconnaissance Orbiter also took its picture via its HiRise camera. The HiRISE has also been keeping tabs on NASA’s Curiosity rover.

The Mars Reconnaissance Orbiter entered Martian orbit in 2006 and since has been helping scientists track the landscape changes of the red planet. NASA’s next leg of Mars exploration is tied to the Mars 2020 rover which recently passed its first driving test and now waits for its official name.