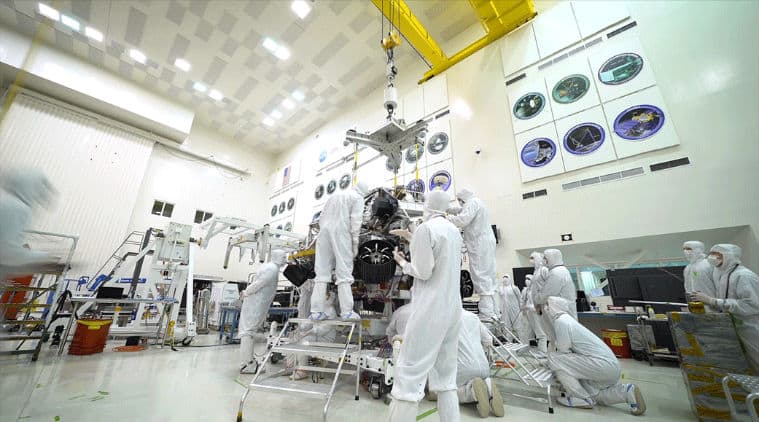 NASA has recently performed a successful separation test of the Mars 2020 rover. The descent stage separation is going to deliver the six-wheeled robot to the surface of the neighbouring planet, the US space agency said in a recent release.

The test took place at the space agency’s Jet Propulsion Laboratory (JPL) in California on September 28. It involved a crane for lifting a rocket-powered descent stage up and away from the rover.

“Firing the pyrotechnic devices that held the rover and descent stage together and then doing the post-test inspection of the two vehicles was an all-day affair,” Ryan van Schilifgaarde, a support engineer for Mars 2020 assembly at JPL, said in a NASA statement.

“With this test behind us, the rover and descent stage go their separate ways for a while. Next time they are attached will be at the Cape next spring during final assembly,” van Schilifgaarde said in the statement.

Mars 2020 rover is going to launch on a United Launch Alliance Atlas V rocket in July 2020 from Space Launch Complex 41 at Cape Canaveral Air Force Station. The rover mission is scheduled to land at the Jezero Crater on Mars on February 18, 2021.

NASA said that Mars 2020 rover will be the first spacecraft in the history of planetary exploration with the ability to accurately retarget its point of a touchdown during the sequence of landing.