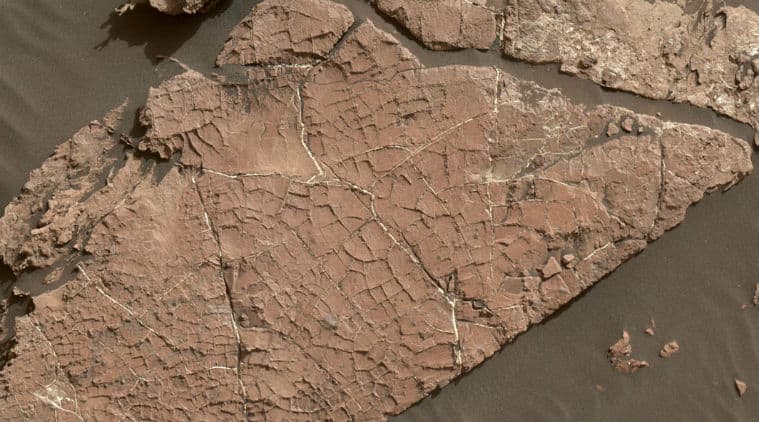 NASA’s Curiosity Rover has collected more evidence that the 150 km wide Gale crater on Mars once hosted a lake and stream system in the past. Researchers say that dating back to around 3.5 billion years ago, not only the groundwater must have enriched the crater but water streams might have laced the crater’s walls, running towards its base, as well.

The crater would then dry up, only to be overflown again. Curiosity scientists published the findings in a Nature Geoscience paper describing the cycle of overflow and drying up of the Gale crater that could have repeated itself numerous times over millions of years.

They explain that the Gale Crater was created by an ancient impact, and it was filled in with sediments carried by water and wind layer by layer over time. After the sediment hardened, the wind carved the layered rock into the towering Mount Sharp.

The slopes of this mountain are exposed and the scientists say that each layer reveals a different era of Martian history and holds clues about the prevailing environment at the time. The Curiosity Rover analysed the soil samples from the crater’s bedrock to find a diverse range of salts, which is not observed in other rocks on the red planet. The authors interpret that the rocks enriched in mineral salts are the evidence of shallow briny ponds that went through episodes of overflow and drying.

“The deposits serve as a watermark created by climate fluctuations as the Martian environment transitioned from a wetter one to the freezing desert it is today,” authors explain.

Scientists want to understand how long this transition took and when exactly it occurred. The researchers believe that studying younger rocks in the future could shed more light on how the Martian surface dried out.

“This latest clue may be a sign of findings to come as Curiosity heads toward a region called the ‘sulfate-bearing unit’, which is expected to have formed in an even drier environment,” according to a statement from NASA’s Jet Propulsion Laboratory. It represents a stark difference from lower down the mountain, where Curiosity discovered evidence of persistent freshwater lakes.