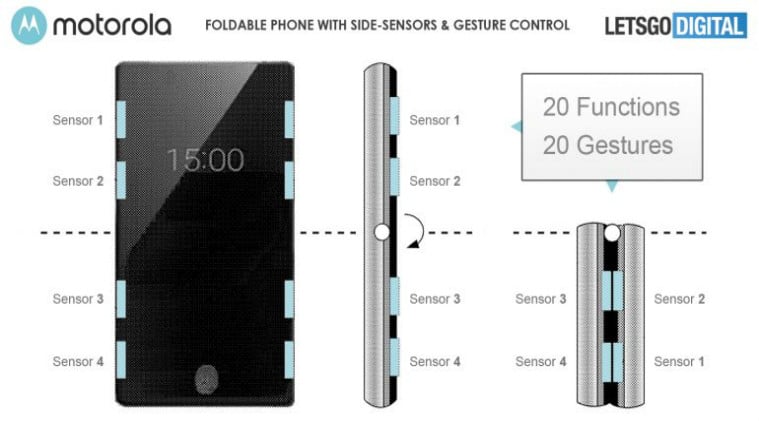 It’s been barely a few days since Motorola launched the foldable Razr smartphone, but we’ve already heard a few things about the second-generation Razr. A recently published patent by the Lenovo-owned Motorola shows a clamshell device with eight touch sensors on its sides.

Spotted by LetsGoDigital, the patent, which was filed in May 2018 and approved in November 2020, hints at a foldable phone with four sensors on the right side and four sensors on the left side. The touch-sensitive sensors work just like Google Pixel’s Active Edge. These sensors could be used to trigger things like Google Assistant. This means that you could simply press the touch-sensitive button to open your favorite apps. According to the patent, the touch sensors enable 20 different functions and gestures.

For now, this is just a patent and nothing else. The patent filing doesn’t necessarily mean we’ll see the second-generation Moto Razr with touch-sensitive buttons and an in-display fingerprint scanner. Also, you need to remember that Motorola recently launched the foldable Razr, so it is unlikely to see its successor before 2021.