Microsoft’s Chromium-based Edge browser has a new logo and it will be generally available next year on January 15, 2020. The software will be available for Windows 10, Windows 8, Windows 7, and macOS. Microsoft has unveiled the ‘release candidate’ of the Edge Chromium and it is now available for download at microsoftedgeinsider.com.

The announcement comes only a few months after Microsoft released the beta version of the Edge with a promise to release the full stable version in early 2020. The new browser includes a number of features that also include the sync support for passwords, history, favourites, and settings across Windows, macOS, iOS, and Android.

Microsoft is also introducing a new logo and icon for its Edge browser, which now takes a shift from being too similar to the logo of the Internet Explorer. The new logo looks more like a wave ditches the classic blue ‘e’ logo Microsoft has been using for its browsers for more than two decades. 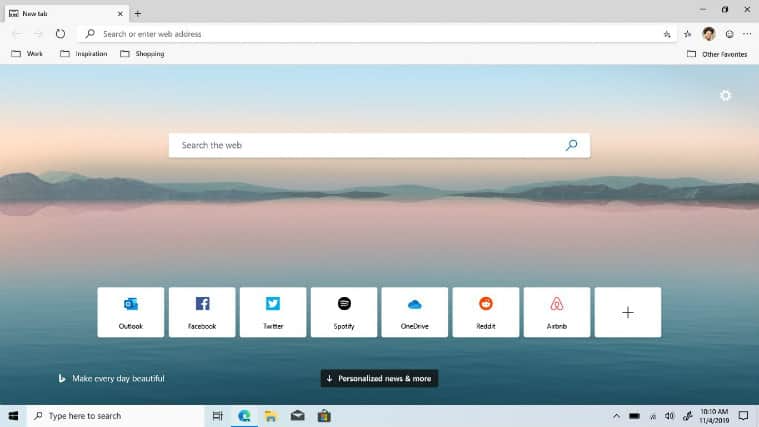 With today’s release, Microsoft has also announced new privacy features for the Edge Chromium, which includes Microsoft’s new built-in tracking protection. The feature will be enabled by default in the browser and its marquee feature is like the new InPrivate browsing mode that in combination with Bing, will keep the online searches and identities private.

The Edge Chromium also brings in some new business-focused features to the browser where users can type in the address bar to search for their co-workers, office locations, definitions of company acronyms, and more. With the new Edge Chromium, Microsoft is targeting businesses and corporate customers.