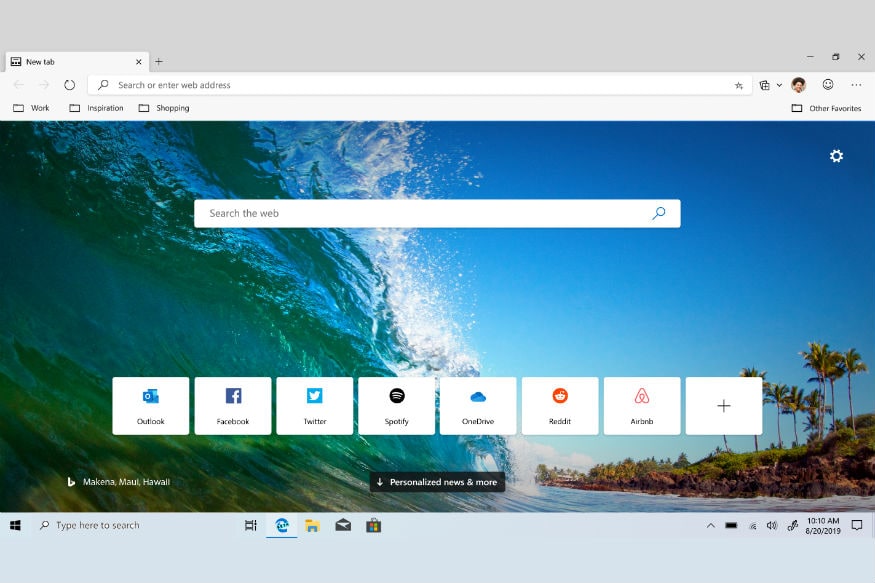 Microsoft has announced the release of its third and final preview build of its Chromium-based Edge browser. Giving key insights into its development process, features expected in stable build as well as details on the beta programme, Joe Belfiore, corporate vice president of Windows wrote on the official Microsoft blog that the Edge browser betas for both Windows and Apple's macOS are now live.

According to Belfiore's post, "the next version of Microsoft Edge is ready for everyday use". The key reason behind this is because fundamentally, the beta build is far more stable, secure and free of bugs in comparison to its alpha release in both Canary and Dev circles. In fact, to make security matters more assured for users, Microsoft also announced an extended security bounty programme worth up to $15,000, inviting white-hats to report any "high-impact vulnerabilities". Major updates to the Edge beta will be introduced every six weeks, while any security irregularities will see patch releases as per urgency.

In terms of features, the Microsoft Edge beta now supports 14 languages in its interface. It also supports the New Tab page customisation similar to Google Chrome's New Tab action menu, where users can choose what to see when a new tab is opened. Users can also reportedly choose between 'Focused', 'Inspirational' and 'Informational' layouts of the webpages, although this particular aspect remains to be tried out. Most importantly, the Chromium-driven Edge now supports two key features — a Dark Mode, and compatibility with Chromium extensions — including those marketed on the Google Chrome Web Store.

According to Microsoft, the new Edge browser will come with integrated cookie tracking prevention, which can be set to Basic, Balanced and Strict depending on user discretion. This feature sounds like a leaf taken out of Mozilla's Firefox browser, but given its privacy benefits, no users would mind. For enterprise users, Microsoft Search is now integrated into Bing, letting you search for OneDrive files directly from Bing search — just like Google's Search and Drive are seamlessly synchronised. The beta build also includes Edge's "Internet Explorer" mode (or compatibility mode) for rudimentary or specialised tasks, and an integrated Windows Defender Application Guard, which allows company admins to define untrusted web addresses to safeguard against malicious attacks.

For those interested in trying out the all-new, Chromium-powered Microsoft Edge, a direct beta download link is now live, and can be accessed through Windows 10, 8.1, 8 and 7, as well as macOS, from here.