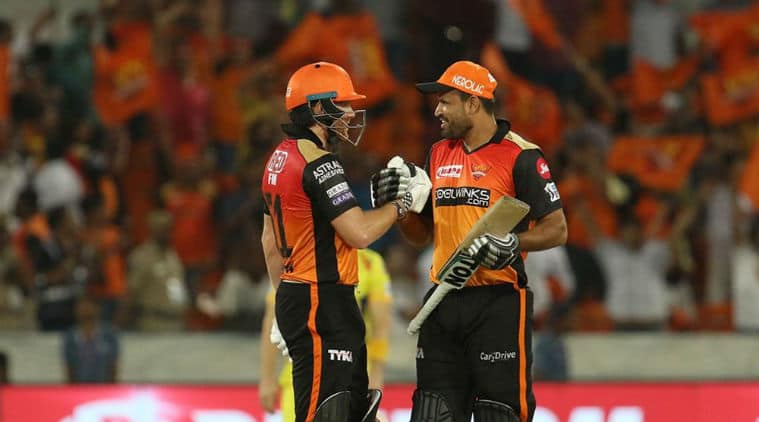 IPL 2019 SRH vs KKR Live Cricket Match Score Streaming Online: The 12th season of the Indian Premier League (IPL) has been going on in India. Today, Sunrisers Hyderabad (SRH) will play against the Kolkata Knight Riders (KKR) in the 38th match of the series.

Today’s match will be the ninth for the SRH which has won four matches in the tournament gaining eight points. The KKR, however, has played nine matches already but lost five of them. Both the teams have eight points and the SRH (5) is a spot higher than KKR (6) due to a better score.

The match will be played at Rajiv Gandhi International Cricket Stadium in Hyderabad. The toss will take place at 3:30pm whereas the match will begin at 8:00 pm. Here is how you can watch the SRH vs KKR, IPL 2019 match live on your smartphone.

The IPL 2019 matches are streamed on Star Sports channels. To watch IPL live on your smartphone you will need to have Hotstar app installed on your device. The app is available for both Android and iOS.

Reliance Jio has partnered with Hotstar to stream IPL  live on its JioTV app. Users will also be able to watch the livestream of all IPL matches on their smartphones via JioTV if they have Jio Prime membership, which costs Rs 99 per year along with an active tariff plan.

To watch the match live Jio users need to sign into the app using their Jio credentials. Users are also required to have the Hotstar app pre-installed on the smartphone they want to stream the match.

Asteroid That Killed Dinosaurs Was a Worst-Case Scenario; Timely as Asteroids Head Towards Earth