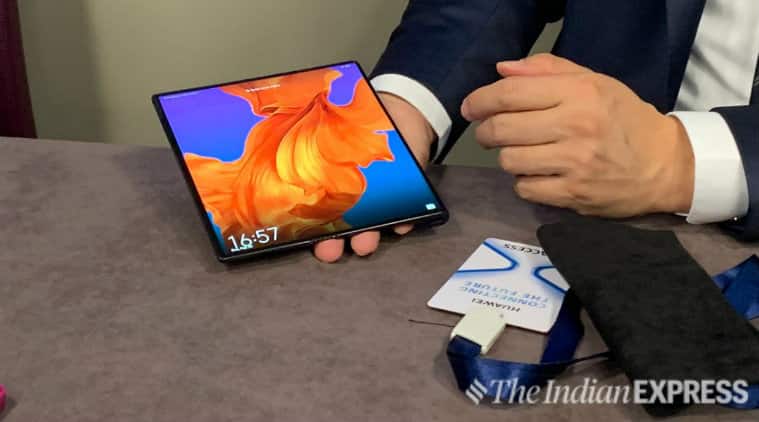 Huawei’s Mate X folding smartphone is finally ready to be released, the company says. At a launch event held in Shenzhen, China’s largest technology company said the Mate X would start selling in China for 16,999 Yuan (Rs 170,392) from November 15. However, the global launch of the futuristic smartphone remains unclear.

The foldable 5G smartphone made its debut at this year’s Mobile World Congress (MWC) in Barcelona. The company set out a target to make the device available globally in June, however, the device was delayed as the US trade ban prevented the tech giant to launch smartphones with Google’s Android mobile OS.

The Mate X is touted as the future of smartphones. The phone is unlike the iPhone 11 Pro Max or the company’s own Mate 30 Pro. It’s one of the first mainstream foldable smartphones with a flexible OLED display that covers both and back of the device and which folds outwards to transform into an 8-inch tablet.

Foldable phones are just getting started with a handful of smartphone manufacturers have that kind of R&D muscle. Huawei and Samsung are competing against each other to win the foldable phone game. Samsung’s Fold, which costs Rs 164,999, recently went on sale globally after months of delay.

Despite the US ban, Huawei’s smartphone business remains unaffected, especially in Europe and Southeast Asia. Thanks to impressive sales in China, the company managed to ship 200 million smartphones, as it said it reached the milestone two months earlier than expected.