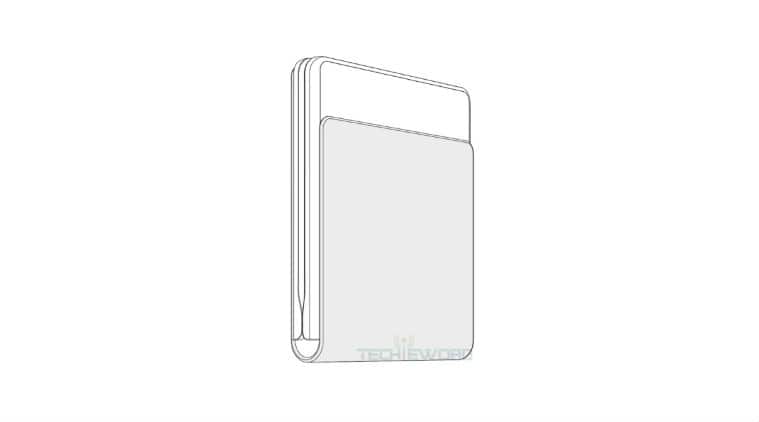 Huawei’s next-generation foldable smartphone could look like the recently launched Motorola Razr 2.0. Well, the Chinese tech major has filed a patent with the Hauge International Design System, which is managed by the World Intellectual Property Office (WIPO).

However, there are some design differences between the new Motorola Razr and the phone envisioned by Huawei. Unlike the new Motorola Razr which has a small 2.7-inch OLED screen on the front, this phone does not feature a secondary screen at all. So when the phone is folded into half, it leaves a small portion of the display exposed when it’s completely exposed. This part of the phone can be used to view notifications, control music, and more.

Another difference between the two phones is the placement of cameras on the two devices. The application shows the back of Huawei’s smartphone mimics the design of the P30 Pro, featuring multiple cameras on the rear. However, in the case of the new Motorola Razr, the foldable phone sports a single 16MP camera on the lid cover and a 5MP selfie camera placed above the screen.

Motorola Razr is back with a foldable display and clamshell design: All the key features

Major tech companies, including Huawei, often patent devices that never reach the market. Huawei, as we all know, has shown interest in making foldable devices. Earlier this year, it showed the Mate X foldable smartphone which recently went on sale in China. However, the global launch for the Mate X is still “under review” due to the US ban.

But one thing is clear, be it Huawei or Samsung, every major smartphone maker now wants to launch a foldable phone in a flip phone form factor. Xiaomi, too, seems to be working on a foldable phone with a clamshell-form factor, as revealed by a recent patent application.