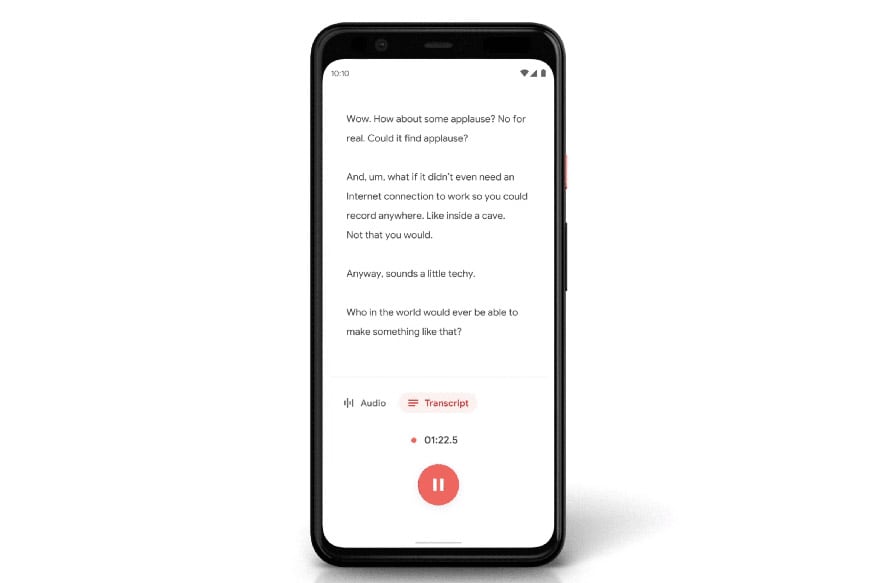 Google had announced a new voice recorder app during the launch of the Pixel 4 series. The app, apart from recording audio, could also transcribe in real-time even when the device was offline. The new recorder app which was exclusively available on Google Pixel 4 is now making its way to the Pixel 2, Pixel 3, and Pixel 3a. Users can head over to the Google Play Store and download the Recorder app.

Google has also confirmed the availability of the app on its Twitter handle. The tweet mentions that the Recorder app can recognize and label sounds and can also transcribe words as they are being said. The app is currently only available in English. Apart from this, users can search for recordings by typing a word or sound. As mentioned above, the best part about the Recorder app is that it can do all of this even when the device is in offline mode.

Available in English only. pic.twitter.com/ji6t5r2sSI

According to the Google Play Store, "Recorder brings the power of search to an audio recording. Meetings, lectures, band practices, family memories — anything you want to save and listen to later. The recorder automatically transcribes and labels what you record so you can easily find the parts that matter to you."