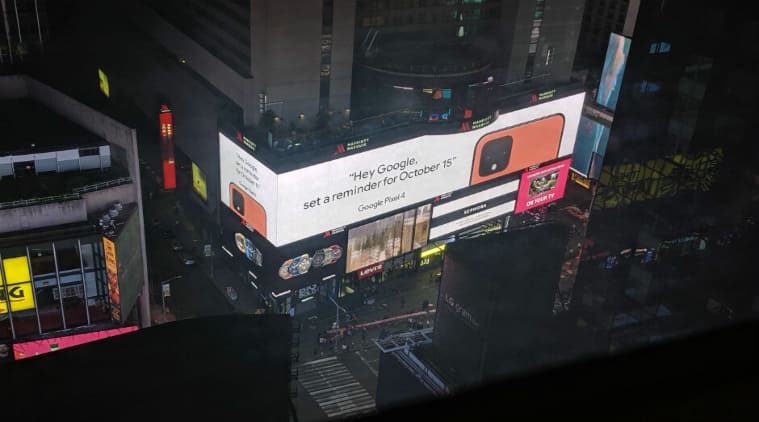 Google does not want you to buy the iPhone 11, which is why it has put out a new advertisement for the Pixel 4 in Times Square. It’s a clever way to market a smartphone which will only launch a month from now. The ad shows off an orange colour variant of the Pixel 4, which Google plans to launch alongside the Black and White model at its fall event on October 15 in New York. The ad was first spotted by redditor LousyTX in New York.

Through the ad, Google is encouraging users to ask the Google Assistant to set a reminder for October 15. The ad, obviously, confirms the Pixel 4 will be made available in Coral/Orange. The giant banner also confirms the square camera module.

For Google, the success of the Pixel 4 matters a lot. Google’s Pixel phones may offer the best camera, but they have failed to topple Apple’s iPhones and Samsung’s Galaxy smartphones. Perhaps the reason why Google itself has been teasing the Pixel 4 to create the hype around the flagship Android smartphone.

As one would expect, there will be two models: the standard Pixel 4 and Pixel 4 XL with a slightly bigger display. The phones will reportedly feature 90Hz OLED displays, Qualcomm Snapdragon 855 processor and dual-cameras on the back. It is also rumoured that Google is working on an upgraded Night Mode, as well as a new astrophotography mode. The Pixel 4 is confirmed to feature a Soli radar chip and face lock similar to Apple’s FaceID.