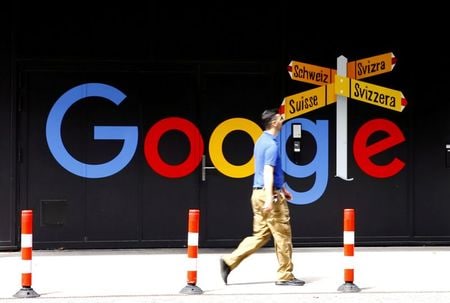 NEW YORK Alphabet Inc borrowed $10 billion in the investment-grade corporate debt market on Monday, the Google parent’s largest ever bond issue, which it secured at its lowest-ever cost of financing.

Investor appetite was fierce for the tech giant’s six-part bond, as low interest rates and corporate bond buying from the Federal Reserve continues to support issuance. The deal garnered more than $31 billion in demand, according to Refinitiv IFR. Previously, Alphabet’s lowest coupon was 1.25% on a $1 billion May 2014 note.

“We’re at a stage where these extremely high-quality issuers – of which Alphabet is one – are going to price very very tight. That’s because there are a lot of buyers who need short-term, don’t-need-to-think-about-it money. You’re getting two times the yield on the five-year Treasury,” said Tom Graff, head of fixed income at Brown Advisory.

Last week Alphabet reported its first quarterly sales drop in its 16 years as a public company. Its share price was largely unmoved however, as the loss in sales was offset by a recovery in Google’s ads business.

“There is a very narrow set of companies that were already super high quality, that are not impacted by this recession we’re going through right now. And Google is one of them,” said Graff.

Of the $10 billion offered, $4.5 billion from the seven-, 20- and 40-year tranches will be used for general corporate purposes, including acquisitions. The remaining $5.5 billion will be used for green initiatives, the company said, the largest-ever issue of corporate debt for environment, social and governance endeavors.