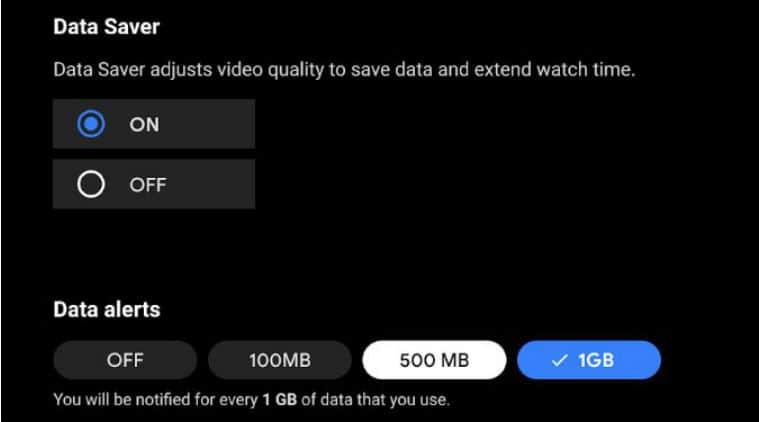 Google has rolled out four new features for Android TVs in India that will help people save data. The features are mainly aimed at people who do not have a Wi-Fi connection at home and instead use their mobile data via hotspot to watch content on TV.

Google’s Joris van Mens wrote in a blog post that watching HD TV on mobile data connection can quickly drain a user’s daily data plan. Data Saver, Data Alerts, and Hotspot Guide which have been launched for India are said to help users get the most of their smart TV with limited mobile data.

First up is data saver, which Google claimed will increase watch time by up to 3x, thanks to reduced data usage on mobile connections. Meanwhile, data alerts help a user keep track of their data usage while watching TV. Finally, hotspot guide will help users set up their TV with mobile hotspot.

Google has also launched Cast feature for its Files app that will let users view downloaded media from their phone on their TV without using data.

“We’ll be rolling out these features to Android TV devices in India over the coming weeks, starting with Xiaomi, TCL and MarQ by Flipkart, with a global rollout following after. Cast in Google’s Files app is available today in the Beta program and will roll out to all users in the coming weeks,” the post read.