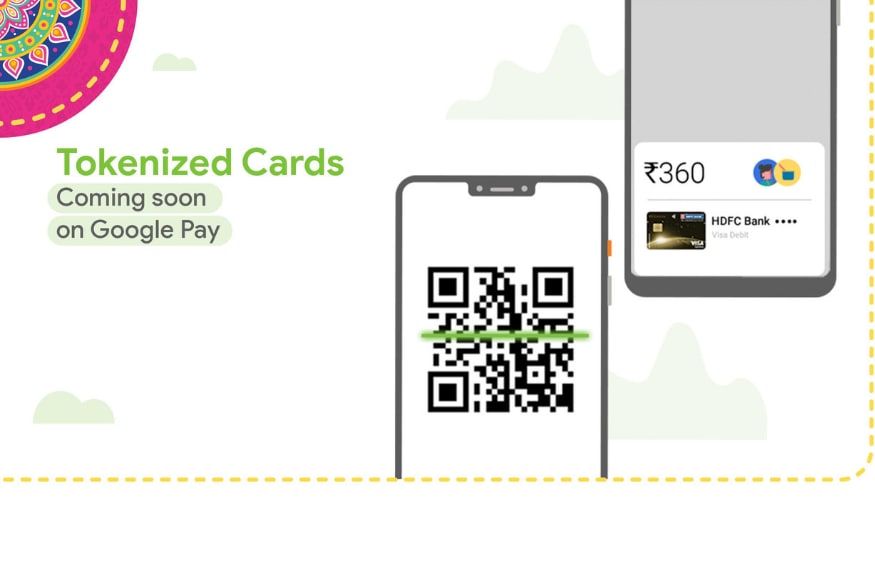 The Google Pay payments platform is getting its biggest update in a while, and the new set of updates include tokenized cards for more secure payments, food delivery, Google Pay for Business, e-kyc and simpler Onboarding, donations and the new Jobs Spot. Google says that Google Pay has 67 million monthly active users in India and doing transactions to the tune of $110 billion annually. The updates were announced by Google at the fifth edition of the Google For India event. These announcements also come at a time when Google is fighting a tough battle with rival mobile wallets including Paytm, PhonePe, Amazon Pay and Airtel Payments Bank to name a few, as well as the upcoming WhatsApp Pay service by Facebook. What really stands out is the Tokenized Cards feature, which is a transaction security essential in many ways.

With a focus on making transactions secure, Google Pay in India gets the new Tokenized Cards feature. This will work with Visa cards at present, and shall roll out sometime in the next few weeks. The way this works is that while making a payment using Google Pay, you don’t need to enter the actual card number of your Visa card. Instead, a randomly generated token can be used to make the payment, if you choose to enable that, and those details will reach the seller or the merchant you are making the payment to. At no point do your actual card details get listed in the transaction, and once the payment is complete, this randomized token ceases to exist. This is great for security of the transactions, simply because these financial details cannot be potentially misused at some point in the future.

Incidentally, this feature is a lot like the random tokens feature in Apple Pay with the Apple Card, where every transaction means a random string of numbers is generated for that time, without the actual card details ever getting shared. That feature was announced earlier this year for the US for the time being.

Google says that you can use this tokenization feature for any payments made via Google Pay, including scanning QR Payments.

Banks including HDFC Bank, Axis Bank, State Bank of India, Kotak Bank and Standard Chartered are already on board for Google Pay’s Tokenized Cards feature. While this is available for all Visa cards right now. Google says that MasterCard and RuPay cards will be supported in the weeks after this feature is rolled out for users.