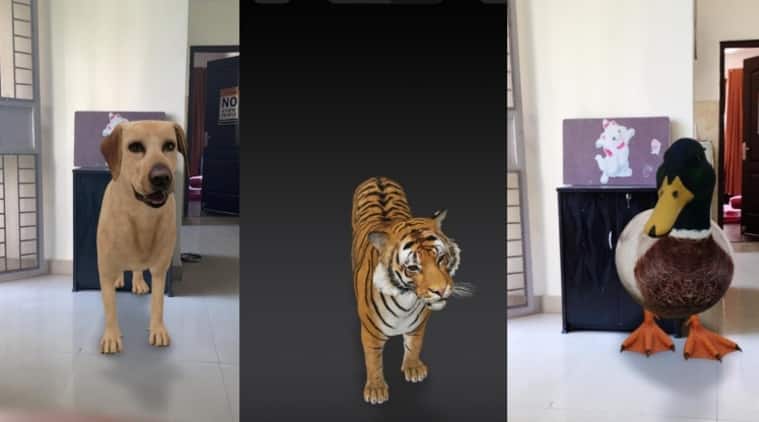 Google introduced augmented reality (AR) objects to Search last year at I/O 2019. More than a year since then Google has added a bunch of more 3D animals that you can watch using AR. To watch animals such as Tiger, Duck, and more in 3D you just need to do a simple Google search. Just write the name of the animal you want to watch in AR and you’re good to go.

Finding 3D animals on Google is very easy and the process includes just a simple Google Search. For example, to find Tiger in AR you will just need to type “Tiger” in the Google Chrome app, scroll down a bit, and you will be able to see “View in 3D” option inside a box that states “Meet a life-sized tiger up close”. Around the box, Google also provides related information about Tiger such as scientific name, lifespan, speed, height, diet and much more. Here’s how to find 3D animals on Google

* Finally, a Tiger in 3D will be inside your room

* The Tiger will vanish after half a minute

Note: We tried to watch the Google 3D AR animals on iPhone and it worked only in Chrome and not on Google mobile app as of now. On Android it works on all apps.

Google 3D animals: Who can watch these AR animals

Google’s 3D animals aren’t available on all devices. It’s only available on smartphones and not on the computer or laptop. In fact, it isn’t supported by all phones either. Android smartphone or tablet running Android 7.0 or higher and iPhone or iPad running iOS 11.0 or higher are the only ones that will show 3D animals on Google.