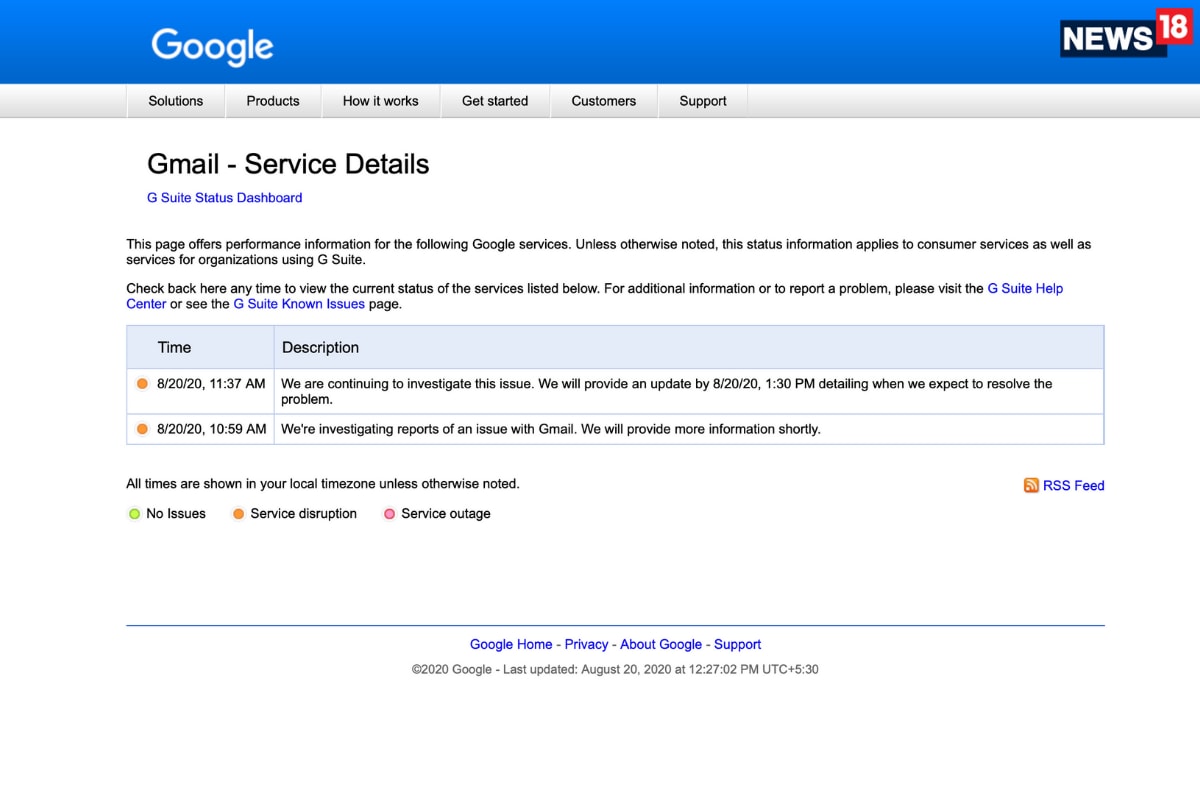 Google has confirmed that Gmail and Drive are not available to a lot of users around the world at this time. You may have already noticed issues with either logging into Gmail or even if you could, you will likely not be able to send emails and attachments. Google has confirmed that this is not a minor bug, updating through the G Suite status dashboard that Gmail and Drive services for Google, which also include Google Docs, Sheets, Slides and the entire work suite, are facing an outage at the moment. It is not clear right now if Google Meet, the video conferencing platform, is also facing the same set of issues that may have brought the other services down. Google has also confirmed that it is currently investigating the reason why Gmail and Drive services are down, and is expected to provide clarity on the matter soon.

This is the second time in the space of a few weeks that Gmail has suffered an outage. In July, many users were unable to log into Gmail for a short while — an issue subsequently fixed. However, Google did not offer any disclosure on why might the outage have happened. At this time, Gmail and Google Drive outage is impacting users in India as well as across Europe, Asia and the USA. Popular services facing down time has become a seemingly frequent affair, with bulk loads of memes being the centrepiece of attention every time a service goes down. At the centre of this is Facebook's tools, which have faced frequent outages in the recent past. WhatsApp's servers recently faced an outage that barred users from sending messages or accessing files on WhatsApp, leading to people flocking to Twitter to share reactions on the matter.

However, with the Gmail and Drive outage occurring in the middle of a weekday in India, it may be presumed that the downtime may have affected work for many – especially since we have largely been working from home. Google's G Suite is one of the most popular productivity suites, and is used by a wide range of organisations across India and the world. At the time of writing, News18 can confirm that the services have started sporadically working in India, with Gmail's incoming and outgoing email services, as well as full Google Drive functionality, being operational as of now for some in our team. It is possible that the issues did not affect all users of Gmail and Google Drive, or may be in process of being restored at the moment.