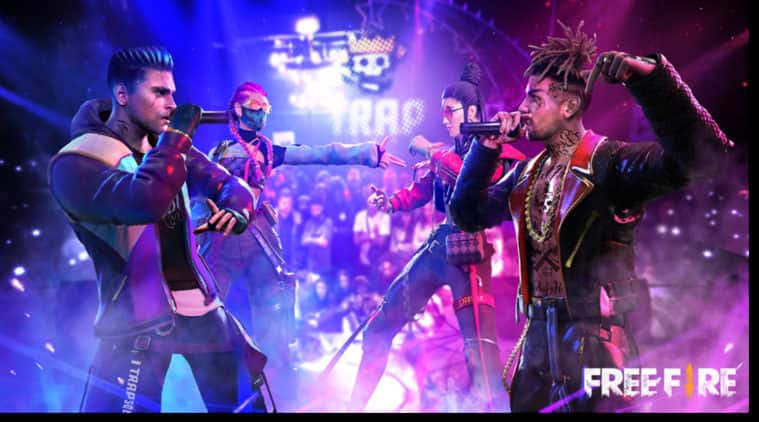 The T.R.A.P. band is made up by Moco, Antonio, Miguel and Kelly, all of which are in-game characters.

Garena Free Fire, the popular battle royale game has released its own song. The song is sung by a fictional band, called T.R.A.P., which includes popular characters from the game. The new rap track is called, ‘I’m on Fire’ and it already has over 60,00,000 view on YouTube.

The T.R.A.P. band is made up by Moco, Antonio, Miguel and Kelly, all of which are in-game characters. In the song, they detail the struggles they have faced giving players insights into the backgrounds of characters. The rap is performed in English, Spanish, Portuguese and Japanese depending on the character rapping.

Apart from the music video, the song has also been made available on Spotify and Apple Music.

The outfits worn in the music video by the characters will be made available via an exclusive event called Mystery Shop on January 23 in-game. Elite Pass owners will be able to get the outfits by completing tasks from February 1.

To commemorate the song, the company has set up a special T.R.A.P. event in-game, which will be held on January 26. The event will feature T.R.A.P.-inspired clothing for each group member. During the event, players will also be able to get free T.R.A.P.-themed skin sets, and two permanent gun skins, SCAR Blood Moon and HW Bat.

After the T.R.A.P. event ends, a new Team Deathmatch mode will be made available for players to experience from February 1 to February 5, which will feature the recently launched Kalahari desert map.