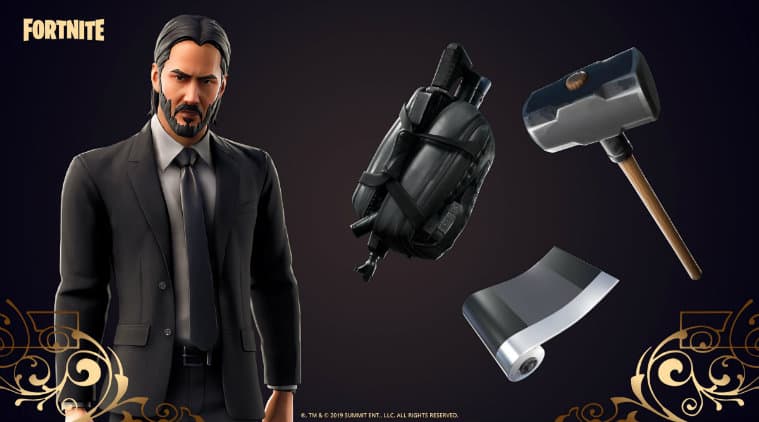 Epic Games has released a new update for its popular battle royale game, Fortnite in partnership with the upcoming movie John Wick 3. With the Fortnite v9.01 update, players will be greeted by a new limited time mode called Wick’s Bounty, in which they will be able to play the game as John Wick.

Aim of this new Wick’s Bounty mode is for the players to kill bad guys and collect their rewards, similar to how it happens in the movie franchise. Players will start the game with a limited number of gold coins, which they can collect more of by killing other players. The squad that reaches the gold coin threshold first is the will win the game and be awarded the winner’s trophy.

The company has also made a John Wick set available in the in-game shop for players to purchase. The set will include a John Wick costume, a sledge pickaxe, a bag full of guns and other items that can help during an assassination mission.

During a Wick’s Bounty match players will get three lives. At the start of a match, every player will be able to move under the radar, however, after they start killing enemies and collecting gold coins, their location on the map will start showing gradually. Top three players will always have their location visible on the map at all times.

In related news, a new strategy neo-noir game based on the movie, named John Wick Hex is currently available for pre-ordering on the Epic Games store. The game is priced at $7.19 (approximately Rs 500) and supports Windows, Mac, PS4 and Xbox One.