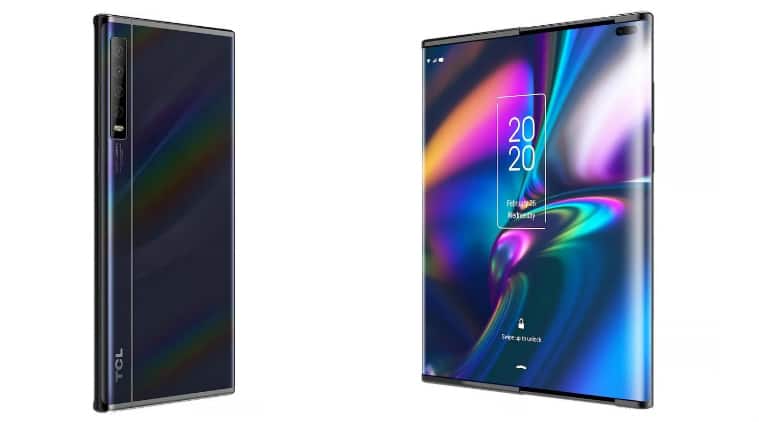 TCL is working on a phone with a sliding screen. (Image credits: CNET)

Smartphone manufacturers have been trying to fit in more screen on their devices that take lesser space in the consumer’s pocket and that led to the introduction of foldable phones like the Galaxy Fold, Motorola Razr (2019), and the Galaxy Z Flip. However, looks like a foldable screen is not the only way to achieve this– as evident from a slide-out screen phone from TCL.

CNET reported that TCL has been working on a phone that looks like a standard phone but it features a screen that can be pulled out to make it a tablet. The report also mentions that this expandable phone would have been showcased at the Mobile World Congress this month– the world’s largest mobile show that was cancelled in response to the global spread of coronavirus. CNET posted this image of the sliding TCL phone.

The publication also posted render images of the TCL’s expandable phone. The pictures show the phone to use one continuous display with curved screens on both sides. There’s a break in the chassis towards the right side from where the display can be pulled to the side to expose the surplus screen– pretty much like the keyboard stand of a computer desk that slides open.

We can also see a dual front-facing camera setup placed in a punch-hole on the top right side of the screen. At the back of the phone, there is a quad-rear camera setup placed at the part which needs to be pulled to expose the additional screen. At the moment, it is unclear how the mechanism will work but it looks like one portion of the flexible display bends behind the other.

It might be too early to say this, but the slide-out screen design could prove to be more efficient than the foldable phones and that’s because it achieves the same goal of a larger display that fits in a smaller area but without the crease of fold screens. What’s even more intriguing is that the phone, in the normal state, looks like an ordinary smartphone– resembling the TCL 10 Pro or the Galaxy S10.

Samsung urges all employees to work from home 'where possible'