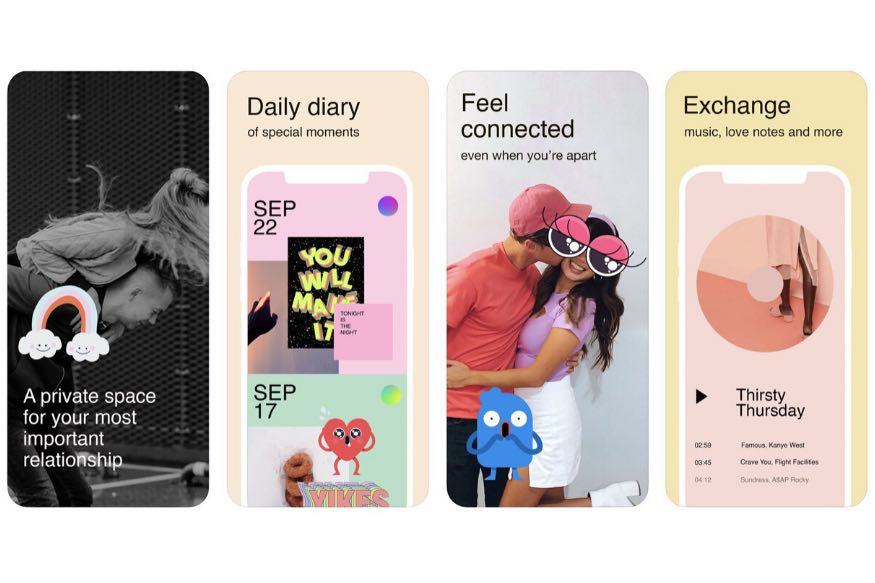 Facebook launched a dating app a while ago, at least in some countries, and that seemed quite normal. However, there is a new app by Facebook’s New Product Experimentation (NPE) team which is designed to help couples communicate. And by the description of the app, we assume it is meant for couples who already know each other, perhaps even live together and shouldn’t really need an app to communicate. Anyway, the app is called Tuned and it encourages couples to express love for each other, share what their mood is like, share music with each other and basically build what is called a digital scrap book of their favorite moments.

Oh yes, the Facebook Tuned app connects to Spotify too, which makes the music sharing bit easier. Tuned is built by the NPE team for Facebook. We saw the NPE team at work for the first-time last summer and have since released some experimental apps including a meme making app called Whale. This team is tasked with developing new experiments and ideas for apps for Android, iOS and the web. In a way, this is similar to Microsoft’s Garage group that also works on features that may or may not necessarily be adopted on a larger scale in the future.

Having these smaller teams working on cool, new ideas is always good for large organizations such as Facebook. This allows for experimentation without taking any risks with the more popular products, try new things without having the pressure and could be a good place to get the next big ideas.

From what we can see so far, the Tuned app from Facebook pretty much reduces the scope of how we know social media as it is, to include just you and the one you love. Photos, music, voice notes—pretty much all the stuff that you can do, and probably already do, on a bunch of other instant messaging apps and social media platforms. Maybe we really do need technology to salvage human relations. For the time being, this app is only available for the Apple iPhone users.