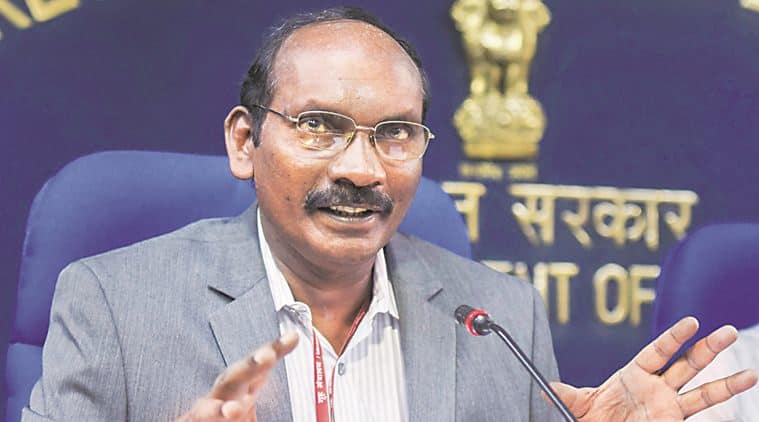 Addressing the nation after The Vikram lander of the Chandrayaan-2 failed to make a smooth soft-landing, Indian Space Research Organisation (ISRO) chief K Sivan Saturday said the space agency will try to establish a link with the lander for the next 14 days.

“Right now the communication is lost, we will try to establish a link for the next 14 days,” Sivan said, adding that India’s moon mission has accomplished other feats. “In total, the Chandrayaan 2 mission is very close to 100% success,” he said in an interview to Doordarshan.

The Orbiter, the ISRO said, has already been placed in its intended orbit around the Moon and shall enrich the understanding of the moon’s evolution and mapping of the minerals and water molecules in the Polar Regions, using its eight state-of-the-art scientific instruments.

In a statement, the space agency said the Chandrayaan-2 achieved “90 to 95% of the objectives…notwithstanding the loss of communication with the Lander.”

“Chandrayaan-2 mission was a highly complex mission, which represented a significant technological leap compared to the previous missions of ISRO, which brought together an Orbiter, Lander and Rover to explore the unexplored south pole of the Moon,” ISRO said in its latest update.

India’s dream of landing a spacecraft on moon lay shattered as the Vikram lander failed to make a smooth soft-landing, unable to bring down its speed to the required level. The failure happened 13 minutes after Vikram began its descent, hoping to reduce its speed from 6048 km per hour to about 7 km per hour or lower to enable a soft landing.

Addressing scientists at the Indian Space Research Organisation (ISRO) headquarters in Bengaluru after communication with Chandrayaan-2’s Vikram Lander was lost, Prime Minister Narendra Modi said the “nation stands with you”.

Chandrayaan-2 was India’s first attempt at landing a spacecraft on the moon. Only three countries — the United States, the erstwhile USSR and China — have managed to place a spacecraft on Moon so far.

The Vikram lander and Pragyan rover were supposed to land on the moon and carry out observations and experiments for 14 days. The Orbiter component of Chandrayaan-2, however, was doing fine and continued to communicate with the control room.