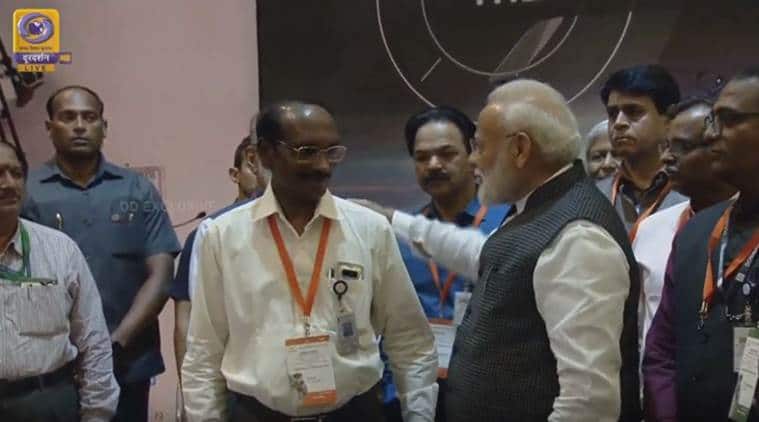 India’s dream of landing a spacecraft on moon lay shattered as the Vikram lander of the Chandrayaan-2 failed to make a smooth soft-landing, unable to bring down its speed to the required level. The failure happened 13 minutes after Vikram began its descent, hoping to reduce its speed from 6048 km per hour to about 7 km per hour or lower to enable a soft landing.

The mission operations complex at the ISRO Telemetry, Tracking and Command Network in Bengaluru stopped receiving data from the lander at that point.

India is proud of our scientists! They’ve given their best and have always made India proud. These are moments to be courageous, and courageous we will be!

Chairman @isro gave updates on Chandrayaan-2. We remain hopeful and will continue working hard on our space programme.

Prime Minister Narendra Modi, who had joined the scientists 15 minutes before the descent began at 1.38 am on Saturday night, was briefed by a glum-looking ISRO chairman K Sivan, and other senior officials. Before that Sivan and other officials held consultations immediately after the control room stopped receiving the signals.

“Be courageous,” said the Prime Minister to the dejected scientists after ISRO chief K Sivan announced that contact with the lander had been lost at an altitude of 2.1 km from the moon’s surface. “What you have achieved is no mean achievement. Hope for the best. You have done a great service to the nation, science and humanity. Our journey will remain, I am with you, go ahead with courage.”

Chandrayaan-2 was India’s first attempt at landing a spacecraft on the moon. Only three countries — the United States, the erstwhile USSR and China — have managed to place a spacecraft on Moon so far.

The Vikram lander and Pragyan rover were supposed to land on the moon and carry out observations and experiments for 14 days. The Orbiter component of Chandrayaan-2, however, was doing fine and continued to communicate with the control room.

Rare are occasions when a nation awaits a moment as eagerly as this. On the ground, at the ISRO control centre, excitement and nervousness had mounted in the final countdown. Far away from the 24×7 TV noise, as messages started pouring in over social media praising the capabilities of ISRO, the Chandrayaan-2 mission control team was at work, quietly doing its job, oblivious to what was happening outside, focused on watching every signal coming from the spacecraft.

To decelerate after starting its descent, Vikram continuously fired its four thrusters in the direction of its movement. It travelled a total of almost 585 km in a parabolic path before losing contact. Before the touchdown, a few hundred kilometres from the ground, it was expected to hover over the surface, trying to ascertain whether there was a safe place to land.