Asteroid 1990 mu could come dangerously close to earth in 2027 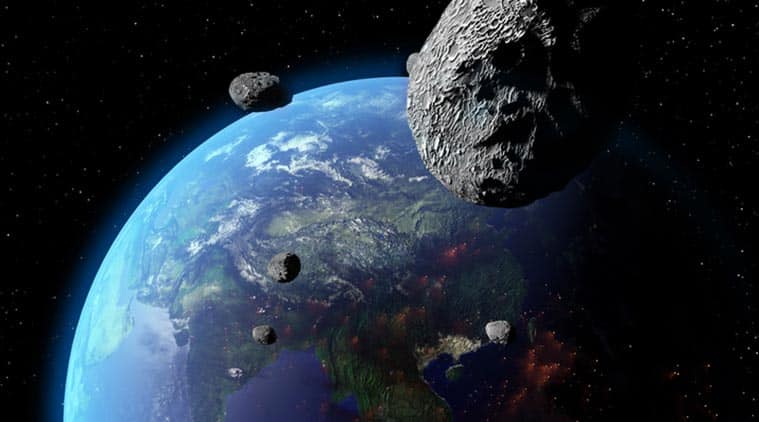 A huge asteroid which is classified to be as big as the one which hit the Earth millions of years ago and led to the extinction of the dinosaurs is feared to come dangerously close to our planet in the coming decade. The asteroid which is commonly known as 1990 MU, is presently orbiting around the Sun and may come dangerously close to the Earth by June 6, 2027.

According to the data available with the Center for Near Earth Object Studies (CNEOS), which is a part of NASA’s Jet Propulsion Laboratory (JPL), the 4953 (1990 MU) asteroid will be at its closest distance from our planet, which is 0.03083 astronomical units (AU), which is approximately 4.61 million kilometers from the Earth. An AU can be defined as the distance between the Sun and the Earth.

The 1990 MU asteroid is estimated to be around 4-9 kilometres in diameter, which puts it in the same category as the space rock which brought an end to dinosaurs the Earth, according to a report by Express.co.uk.

Even though it is approaching from a relatively safe distance, our blue planet is still in danger of suffering an impact event which might be caused by 4953 (1990 MU) asteroid because of certain factors in the space. In case the path of the asteroid gets altered, it might lead to a direct collision course with the Earth, another report by International Business Times said.

One of the factors which might affect the asteroid is a gravitational keyhole. This is a particular area in space where a planet’s gravity can alter the orbit of a passing asteroid in such a way that the asteroid would collide with that planet on a given future orbital pass. If the 4953 (1990 MU) asteroid goes through a keyhole while traveling across space, it might get nudged into a path that may bring it straight to the Earth, the report explained.

Another factor which may alter an asteroid’s path is the Yarkovsky effect, which is a phenomenon that occurs when the heat from an internal or external force affects the spin of an asteroid, which would then alter its trajectory. This might happen due to heat emitting from the asteroid’s surface or from sunlight.

While there are many asteroids and meteors of different shapes and sizes that go past the Earth almost every day, not all these celestial bodies pose a threat to our planet. But, there are a handful of near-Earth objects in the space which can be potentially dangerous for the Earth. One such celestial object happens to be Apophis 99942 asteroid. Scientists have predicted the impact date of the Apophis 99942 a number of times in the past.

Recently a well-known astrophysicist Neil deGrasse Tyson, in an episode of his podcast ‘Cosmic Queries’ had discussed about the threat that is posed by giant asteroids heading towards the Earth. He had warned that the 370-meter wide Near-Earth asteroid Apophis 99942 might spark a major tsunami that can potentially wipe out the entire west coast of North America if it manages to hit the Earth.