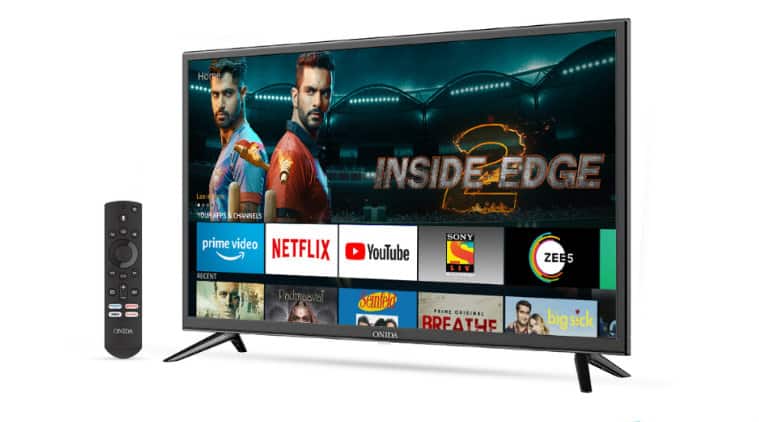 Onida Fire Edition Smart TVs will connect directly to the internet to stream content from various apps and services.

Amazon has partnered with Onida in India to launch a Smart TV powered by the Fire TV platform. The Onida Fire TV Edition television series includes two sizes – 32-inches and 43-inches priced at Rs 12,999 and Rs 21,999, respectively. Both the Smart TVs will go on sale exclusively on Amazon India starting on December 20.

Both the televisions will come with the Fire TV software and experience integrated into them. This will allow users to access a variety of streaming services like Amazon Prime Video, Netflix, Hotstar, YouTube, Zee5 and more.

The Smart TVs will connect directly to the internet to stream content from various apps and services. The UI used will be the same one we get to see on the Amazon Fire TV Stick 4K and other similar devices.

Onida Fire Edition, smart TVs will feature built-in WiFi, three HDMI ports, a USB port, composite ports and a 3.5mm headphone jack. They will be bundled with a smart remote controller which will offer users quick access hotkeys to Prime Video, Netflix, Zee5 and Sony Liv. The remote will also be voice-enabled and will have Alexa integration.

The TVs will be powered by a quad core processor and will have a contrast ratio of 1200:1 with support of up to 300 nits brightness.