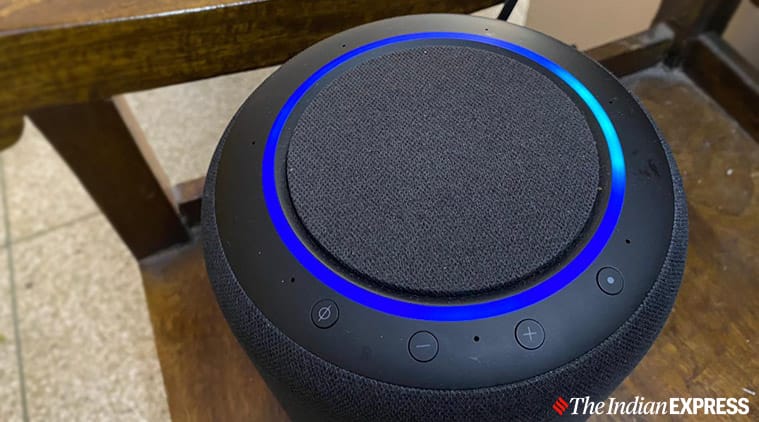 Amazon has, with its Echo devices, shown the world what smart speakers mean. But the emphasis has mostly been on the smart bit and not on the speakers. Yes, the speakers did improve over time and Amazon even added a sub-woofer for those who needed a bit of oomph with their smart audio. But Alexa was still not heard on anything that would keep an audiophile happy. That changes with Amazon’s Echo Studio.

The Echo Studio is a large speaker when you compare it to the rest of the Alexa universe. It is almost the size of the Echo subwoofer we reviewed earlier. It also has a unique design. There is a cut on the fabric-covered cylindrical body, and the speaker is almost on a stand of its own. 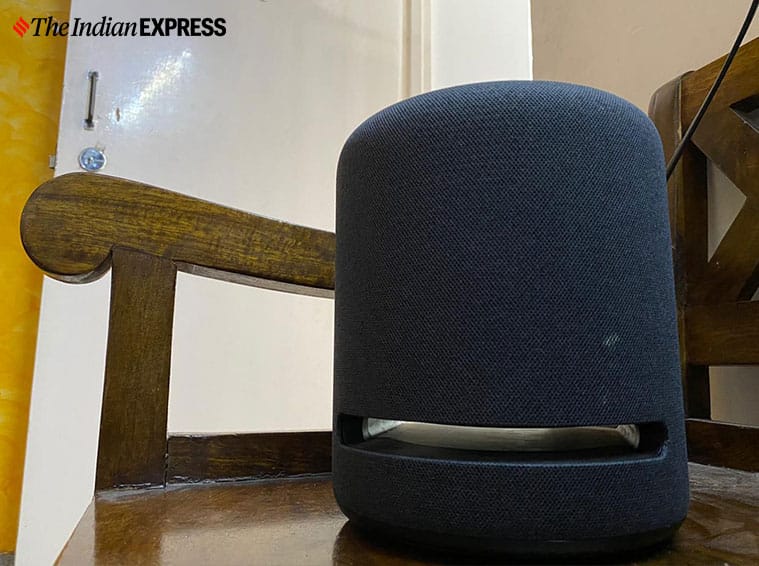 The design accommodates five speakers that offer powerful bass, dynamic midrange, and crisp highs along with Dolby Atmos, which adds a sense of space and depth. On the top are the controls for volume, a microphone mute, and a power button. There is the LED ring on the top, which has more colours on show than you are used to on an Alexa, with a clear white to show the volume level.

The idea with the Echo Studio is to clearly offer high-fidelity 3D audio. This means the audio is always spatial, filling up the room with a multitude of layers and complexities. You experience this more at higher volumes. 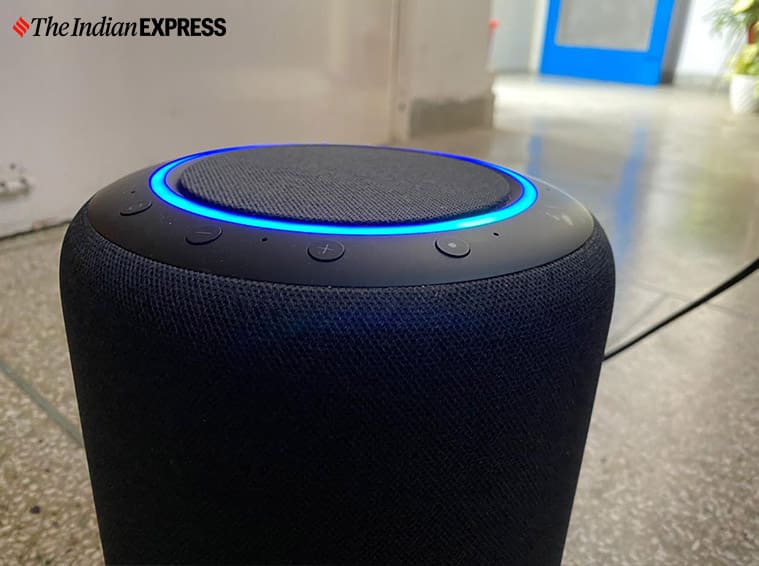 It takes you just a few seconds to realise that this is a very different sounding Echo device. For one, it has the sort of bass that can really make the window panes shiver, if you want it to. But that is not at the cost of clarity, as vocals play out really well too. As I mentioned before, everything is layered and there is no clutter.

Also, the Studio sounds good wherever you keep it in the room. In fact, you can place it in different parts of the room to see how it adapts. Also, this is a good way for you to figure out where you like it best. My personal experience was that it sounds best when kept on the floor. When Hotel California plays, you feel as if The Eagles are on-stage in front of you. This is the Studio experience. 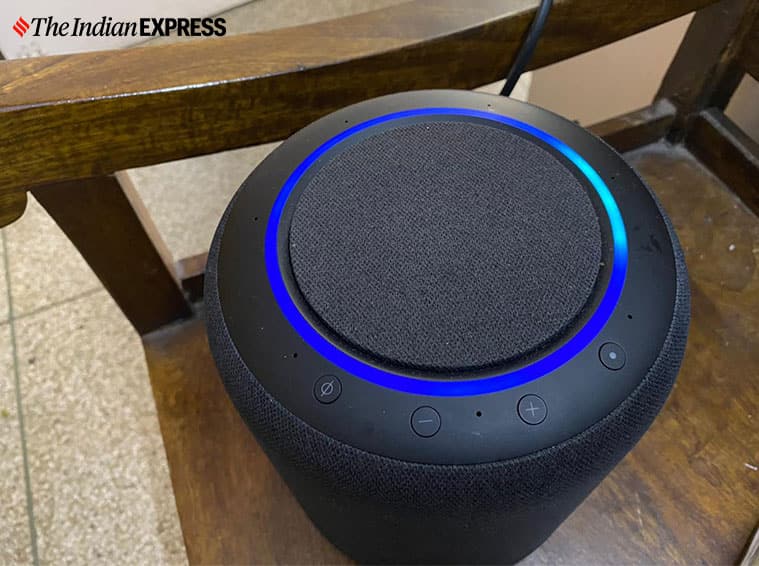 Also, if you have a Fire Stick now you can stream movies with Dolby Atmos audio using the Studio. However, I did struggle a bit in getting this to work though my FireTV, as well as the Studio, were on the same network as recommended. When this finally worked, the experience was really awesome. The audio was spatial and moved around. But for the cinematic experience, it is best to keep the Studio near the TV so that the placement of the audio is where it is intended. Also, while streaming content you need to ensure a good internet speed, otherwise there is a chance of some latency. When this set up is done, you can control the audio on the Studio with your remote as well.

Alternatively, you can connect a TV to your Studio using the 3.5mm cable. All you need to use this source is to ask Alexa to switch to the audio cable. 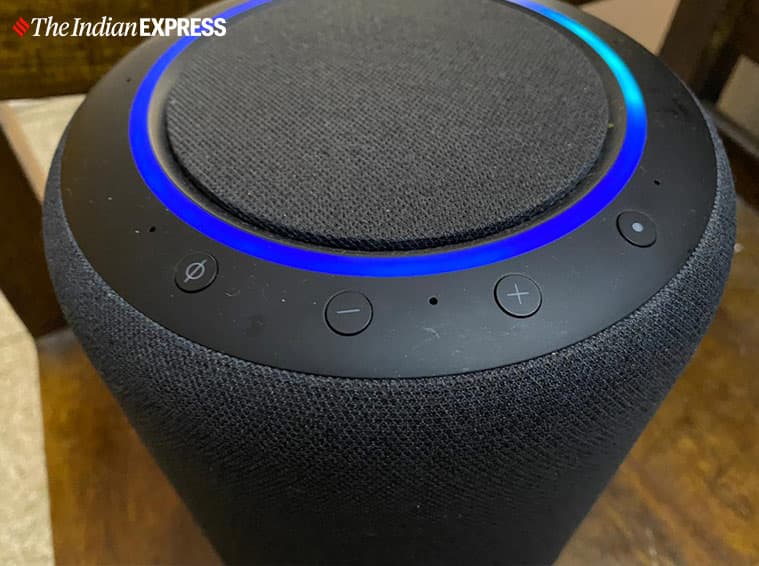 While all the Alexa skills come to play with the Studio, users like me will be more than inclined to ask her to play song after song. And in case you want to use the Studio for smarter stuff, it can also control other smart devices in the house. All you need to do, is ask.

At the moment, I have to say the Echo Studio is the best that Amazon has to offer. If you are spending on a smart speaker it is best that it is one that sounds the best. Yes, there are options from Bose and others that sound really good, but the Alexa integration is still best on Amazon devices. Go ahead, buy this one if you are smart about your music choices.