Airtel, Vodafone-Idea remove limit on calls to other networks: Here's what it means 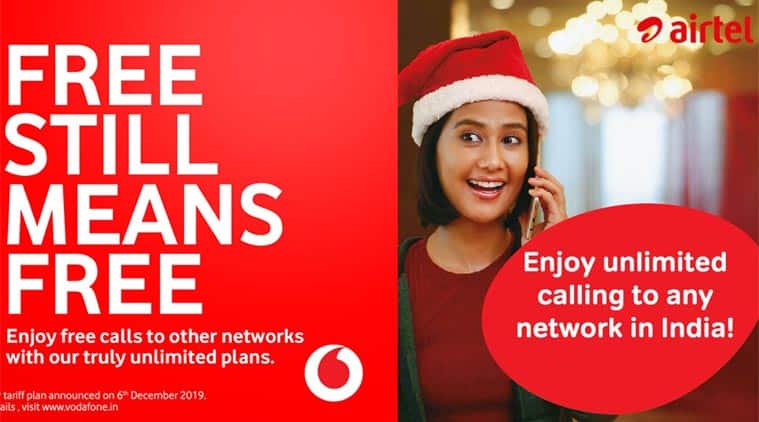 Bharti Airtel and Vodafone-Idea have both removed the limit on off-net calls or calls outside their network, and put back unlimited calling on their plans.

Earlier this month, both Airtel and Vodafone-Idea introduced their new prepaid plans, which were priced higher than previous ones, and also introduced restrictions on calls to other networks. While calls made within their networks would remain unlimited, both Airtel and Vodafone-Idea had added a Fair Usage Policy (FUP) on calls to other networks or ‘off-net’ calls. Now they have removed the FUP on off-net calls, and once again made their packs unlimited, given the daily data benefits and unlimited calls.

Airtel tweeted, “We heard you! And we are making the change. From tomorrow, enjoy unlimited calling to any network in India with all our unlimited plans. No conditions apply.” Vodafone also tweeted, “Enjoy free unlimited calls to everyone. More reasons for you to rejoice for being on your favourite network.”

What does Airtel, Vodafone’s announcement mean?

For users, this would resulted in some confusion with regards to which calls were free, and which calls would eventually get charged. Now that both Airtel and Vodafone have removed the limit, the prepaid plans go back to unlimited calling as it was offered earlier. 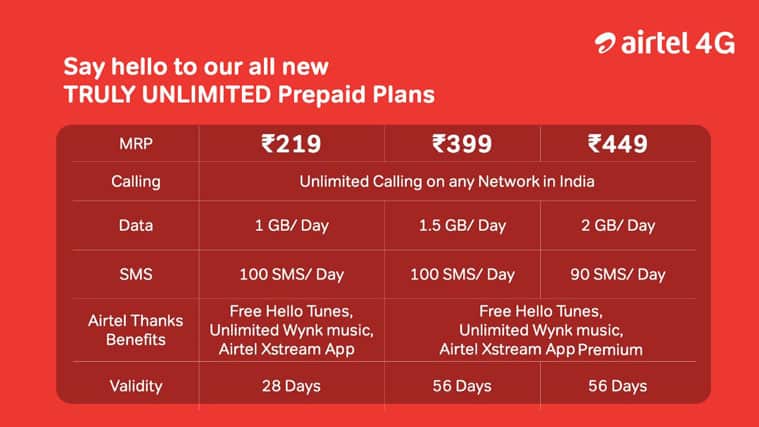 Airtel tweeted out a list of three new unlimited calling plans with FUP removed. Two of these plans come with 56 days validity. The first plan of Rs 219 comes with unlimited calls, 1GB data per day, 100 SMS per day. The pack is valid for 28 days, and comes with free Airtel Xstream app, Wynk music and HelloTunes access.

Airtel’s other pack is Rs 399 which has a validity of 56 days, and comes with 1.5GB data per day, unlimited calling to all networks, 100 daily SMS and free Airtel Xstream app, Wynk music and HelloTunes access. The next pack is Rs 449 with 2GB data per day, 56 days validity, 100 SMS per day and unlimited calls to all networks. This one also includes the free access to Airtel apps.

The rest of Airtel’s plans now all mention ‘Truly Unlimited’ calls when you go for a recharge. The FUP minutes which were mentioned earlier have been removed.

On the Vodafone website, the prepaid calling plans with daily data are the same as before, however, the FUP on calling has been removed as done by Airtel.