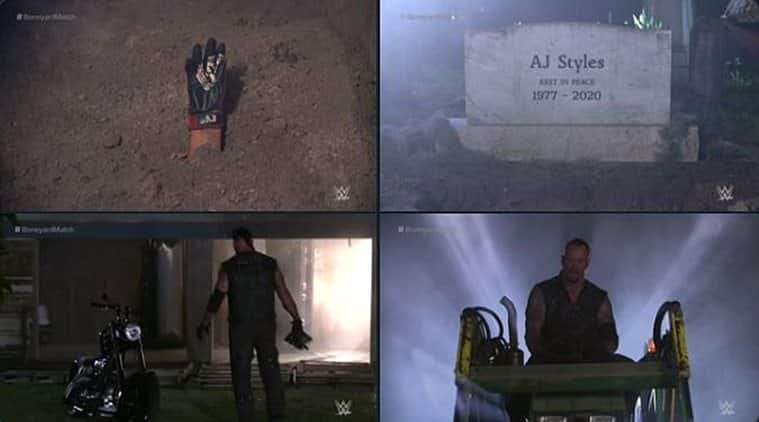 WWE WrestleMania 36 2020 Day 1, Results, Highlights: The Phenom arose once again rise on ‘The Grandest Stage of Them All’ for a highly personal showdown against AJ Styles. In an epic match, which was nothing short of a cinematic experience, the Undertaker and Styles battled in a boneyard match. Right from the start when the Undertaker arrived on a bike to his brawl in the graveyard to a barn it was well planned out. The experience was campy, corny but somehow incredibly entertaining.

Also at part 2 of WrestleMania , it will be “you can’t see me” against the horror most Superstars hope you’ll never see. John Cena is set to return to The Showcase of the Immortals for what promises to be an incredible showdown against “The Fiend” Bray Wyatt. Scroll down for all the highlights-