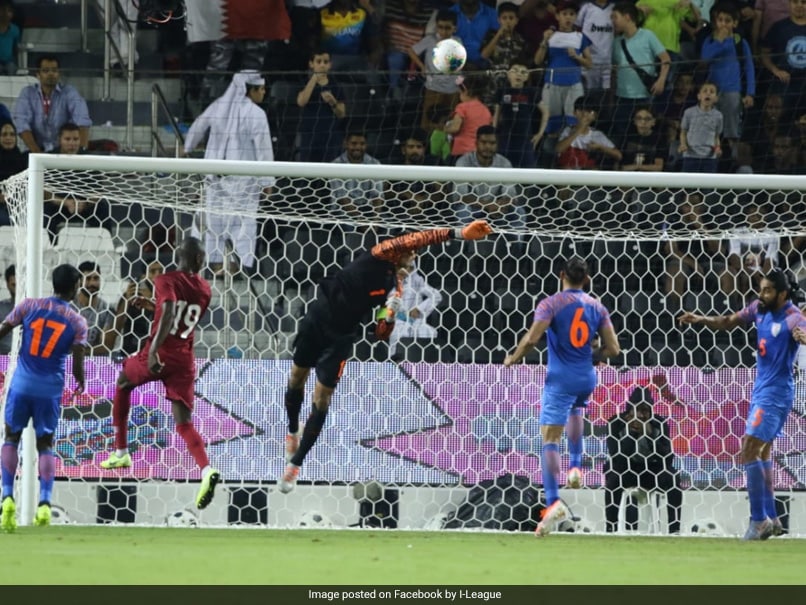 Gurpreet Singh Sandhu stood firm at the nets and cleared everything out of the way as India shared spoils with Asian Champions Qatar with a 0-0 draw in the World Cup 2022 qualifiers in Doha. India played most of the match in their own half with Gurpreet Singh Sandhu denying every chance created by the home side. Udanta Singh, from the right wing, created rare chances for India and he was helped on well by Anirudh Thapa. India will next take on Bangladesh on October 15 in the Group E clash of the World Cup 2022 qualifiers.

In the previous match, India surrendered a one-goal advantage to lose 1-2 to Oman in Guwahati. The 87-ranked Oman rallied to score twice through Rabia Alawi Al Mandhar in the last eight minutes of regulation time. The 35-year-old Sunil Chhetri, international football's second highest scorer among active players, pushed India ahead in the 24th minute with his 72nd strike.

However, Mandhar broke Indian hearts when he flicked the ball past Gurpreet Singh Sandhu to restore parity in the 82nd minute. More disappointment was in store for the 103-ranked India as Mandhar completed his brace in the 89th minute in a stunning turnaround.

India dominated the first half with more shots at opposition goal and also enjoyed possession.

Ashique Kuruniyan, who returned to the team after missing the Kings Cup and Intercontinental Cup due to injury, created problems for the Oman defence with his pace and trickery in the left channel.

Following one such run down the left flank in the 24th minute, he was fouled by Abdulaziz Al Ghailani and India got a free kick on the left edge of the box.

Brandon Fernandes took the set piece, sent a grounder in the middle of the box and Chhetri fooled his marker to drill in a left-footer into the Oman net, much to the celebration of a vociferous crowd.

Before that, India were denied lead in the 15th minute when Udanta Singh's shot off a Chhetri pass beat the Omani goalkeeper but it struck the crossbar, to the dismay of the home side. Udanta was also denied a goal in a similar fashion against the UAE in the Asian Cup earlier in the year.

There were periods of incessant Indian attack in the first half and central defender Sandesh Jhingan sent the ball over the bar in a free header off a corner taken by Anirudh Thapa in the 20th minute.

Oman pressed hard in the closing stages of the first half and goalkeeper Gurpreet Singh Sandhu made a great save in the 43rd minute, blocking a Ahmed Kano header in a one-to-one situation to keep India's lead intact.

The visitors made a strong fightback in the second half to leave the home team disappointed.