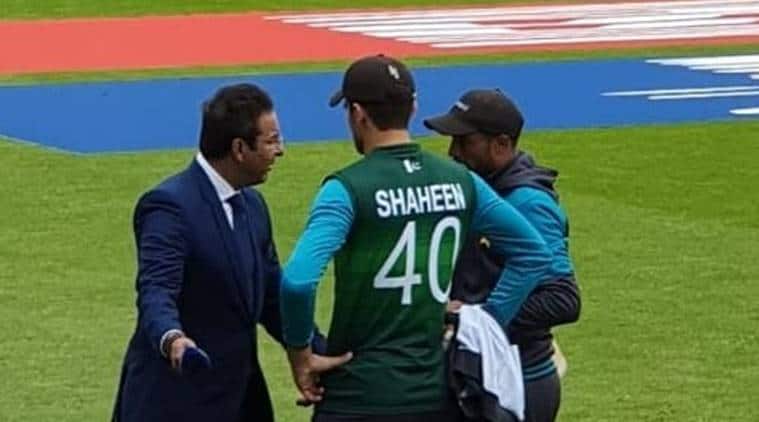 Shaheen Afridi had figures of 3/11 from his first seven overs- a spell former Pakistan left-arm fast bowler Wasim Akram would have been proud of. Incidentally, Akram was spotted giving tips to the youngster and pacer Mohammed Amir before the start of play at Edgbaston.

When asked as to what he was saying to Shaheen and Amir before play Akram said, “I told them to focus on the length they’re bowling & field-set for Williamson told Shaheen to bowl fuller than he has been bowling. At this level, small adjustments make all the difference.”

“I asked him to change his length. He had been bowling too short. I told him to pitch the ball up and attack the batsman. It seems he did listen to my advice,” Akram added on commentary.

New Zealand, who won the toss and chose to bat, but things went south for them as Afridi took three quick wickets to leave them reeling at 46/4, a position from which the Kiwis found hard to recover. Afridi finished his spell with figures of 28/3 in 10 ovs.

Those Who Died Of Coronavirus Will Be Cremated: Mumbai Civic Body BMC