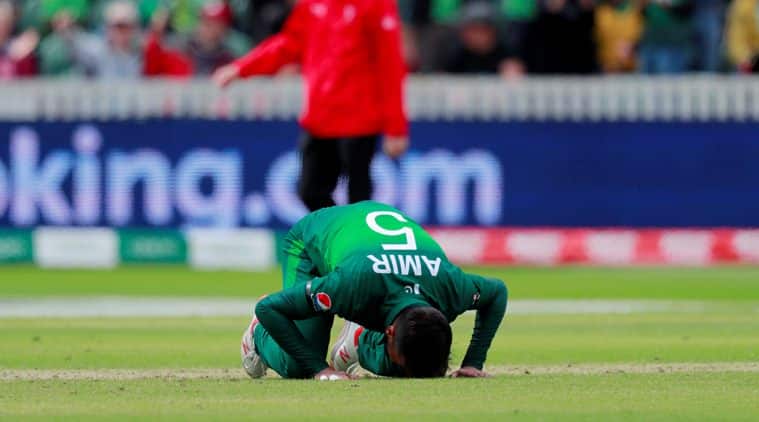 Batting first, Australia looked set for a mammoth total thanks to David Warner’s century, but Amir’s five-wicket haul brought the men in green back into the contest as the batting side bowled out for 307. While the rest of the bowlers were being carted around, Amir held the fort at one end. Amir conceded just one boundary in his 10 overs spell and none off his last 41 balls. 10-2-30-5 is also the most economical ten-over spell by a Pakistan pacer in four years.

Amir’s impact can also be judged by the fact that Australia scored 165/2 in the first 25 overs and then could only manage 142/8 in the final 25 overs. Amir stuck to his line and generated extra bounce and movement from the pitch to dismiss Aaron Finch, Shaun Marsh, Usman Khawaja, Alex Carey, Mitchell Starc.

No surprise that Amir has been Pakistan’s most threatening bowler. The percentage of false shots he’s drawn has been far higher than any of his team-mates so far. #CWC19 #AusvPak pic.twitter.com/DbN9Gl5onf