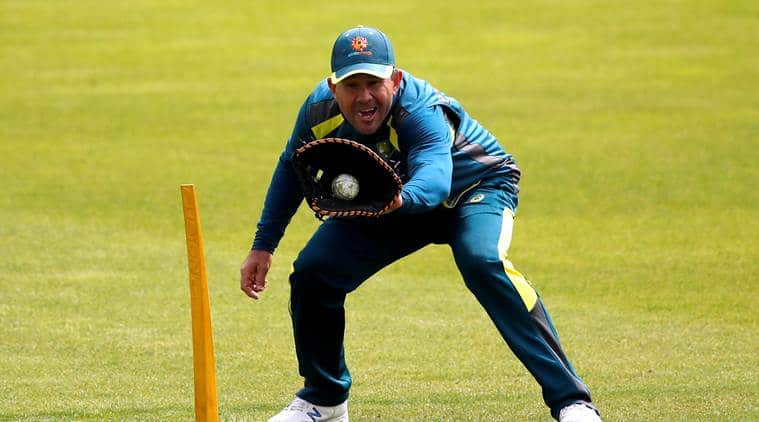 Assistant coach Ricky Ponting said Australia is open to shuffling the batting line-up if the circumstances dictate a more flexible approach in the ongoing World Cup.

India posted a massive 352 for 5, riding on a professional performance by the top-order led by Shikhar Dhawan (117). In reply, Australia were dismissed for 316 to suffer a 36-run loss, their first in the tournament thus far.

Steve Smith (69) was promoted ahead of Usman Khawaja in the batting order to tackle the spin duo of Yuzvendra Chahal and Kuldeep Yadav, and Ponting hinted that more shuffling could take place.

“We wanted to have (favourable) left-hand, right-hand (match-ups) with those spinners and we thought Steven plays spin as well as anybody, so that was the only reason,” Ponting told cricket.com.au.

“It happens quite a lot in the modern game where you see that right-hand, left-hand combination, especially if they’ve got a lot of spin.

“If it’s past 35 overs, you’re probably not going to do it (bat Khawaja at four), Maxwell is going every day of the week after that. In the right time and right moment, I think it can work really well,” the former skipper explained.

Ponting also defended Australia’s top-order after it failed to fire against India. He called the opening pair of Aaron Finch-David Warner among the best in the world despite its underwhelming performance.

“Finch and Warner are probably as good as openers in the world. Finchy has turned things around really well in the last five or six months, Davey coming back has made runs.”

Warner scored an unbeaten 89 off 114 balls against Afghanistan but his uncharacteristically sedate 56 off 84 balls against India had put pressure on the batsmen later on.

“By his own admission, (Warner) probably wasn’t at his absolute best (against India). He hit the field too often early on and wasn’t able to rotate as he would have liked,” Ponting said.

Australia were in contention of becoming the first team to successfully chase 353 runs in the World Cup. Although Warner (56), Smith (69) and Alex Carey (55 not out) scored half centuries, they were unable to guide their side to victory.

“Our batting was just a little bit off again. We seemed to find the field a lot in the first 10 overs,” Ponting said.

“It was always going to be a hard task. From about the 20-over mark on, something pretty spectacular was going to need to happen from not just one, but probably two of our batters.”

Ponting suggested the inability of Australia’s openers to hit boundaries early in the run chase, combined with the untimely run out of Finch for 26, were key moments in the game that swayed the momentum in India’s favour.

“The run out happened at a really crucial time (the 14th over). The momentum had just started to turn there, Finchy had started to find the boundary a bit more frequently.

“We just needed someone at the top to go on and make a big hundred like Dhawan did and we would have been right in the game.”

“There’s certainly enough skill and enough talent to turn it around pretty quickly,” he added.