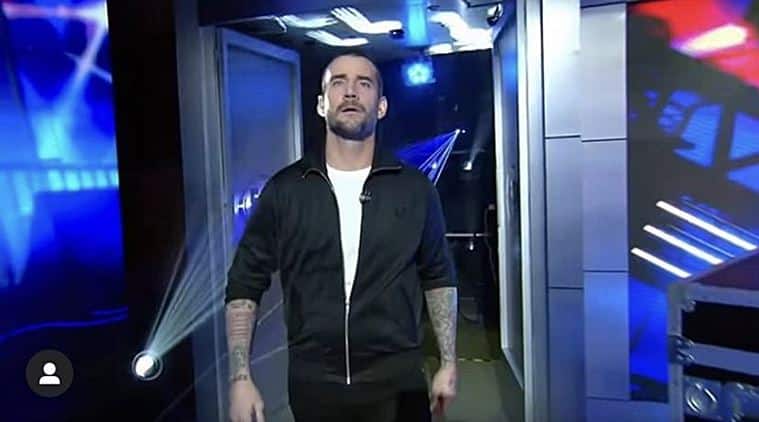 CM Punk is back on WWE television for the first time in almost six years.

In case you missed it, this development broke the internet on Wednesday as the former WWE champion (real name Phil Brooks) made a surprise appearance to close the “WWE Backstage” studio show on FS1.

Punk, who hasn’t stepped foot inside the squared ring since his ugly exit from WWE in 2014, was back with his hit theme song, Living Colour’s “Cult of Personality”.

Henceforth, the straight edge superstar will now be appearing periodically on the show as a special contributor and analyst.
“It’s as simple as this, just when they think they got answers I change the culture,” Punk said to the camera before adding “I’ll see you here next week.”

However, this does not mean that pro-wrestling fans can get to see him in action inside the ring.

As of now, Punk has not signed a contract with WWE and he has only agreed to a deal with FOX. So these are completely two different things and he is most likely an employee of Fox and not WWE.

Still, it is a program based solely around WWE storylines featuring the company’s talent. According to PW Insider, Punk’s deal could change if he wanted it to, opening the door to a return to in-ring action.

Another reason is WWE Backstage ratings was awful after debuting this month. Its episode last week drew just 49,000 viewers and this is a not a good number. Hence, Punk’s return would definitely add the surprise element and boost the rating.

Earlier, the former two-time champion left the company in 2014 less than amicably, expressing unhappiness over the way he was treated by WWE and even went to the extent of saying that he was done with wrestling.

But with Punk joining WWE Backstage as studio show contributor, it does raise the question of a return.

Meanwhile, WWE in a statement released said: “CM Punk, one of the most celebrated WWE Superstars of all time, joins the roster of FS1’s WWE Backstage, beginning next week, Tuesday, Nov. 19.”

“Phil Brooks, better known as CM Punk, joins WWE Backstage as a special contributor and analyst. He will make select appearances in the studio alongside host Renee Young and analyst Booker T,” the statement added.

Interestingly, CM Punk’s profile page has also been re-added to the official website of the company.

So yes CM Punk has officially returned to the world of professional wrestling, just not the ring.

However, if he does make it back, he will surely bring the ratings back up for the brand- something which has become a growing concern of late.