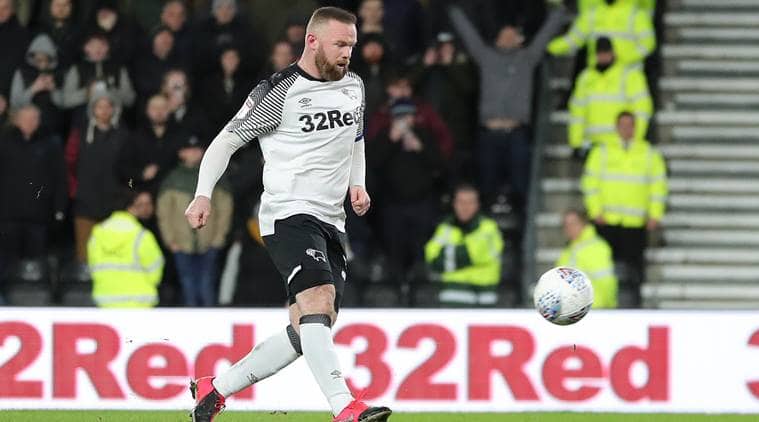 Wayne Rooney marked his 500th game in English league football with a coolly-taken Panenka-style penalty for Derby County in their 1-1 draw against Fulham in the Championship on Friday.

The 34-year-old ex-England and Manchester United captain, who made his debut for the Midlands club earlier this month after returning from a playing stint in the United States, cleverly chipped in a 55th-minute penalty for the lead.

“I’m always nervous before penalties. I’ve never done that (a Panenka-style penalty) in my career,” he told Sky Sports. “I know goalkeepers study penalties so I tried something different and thankfully it went in.”

Rooney signed an initial 18-month deal at the second-tier side where he will also work as a coach as he chases his dream of being a manager.

“There are still more games to come,” he said. “I feel fine, I’m still enjoying the game. It’s 500 appearances but I’ll celebrate when I stop playing.”

The draw left Fulham in third place, two points outside the automatic promotion places, while Derby are stuck in mid-table.