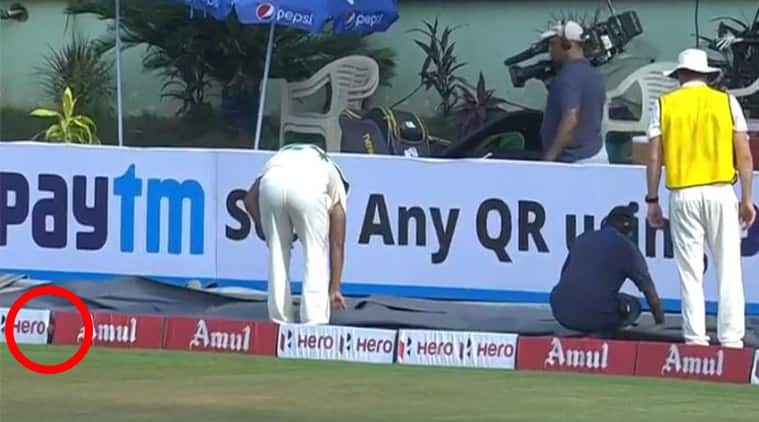 Play was held up for a significant while on Day 2 of the 1st Test between India and South Africa on Thursday as the fielders struggled to locate the ball after it had rolled into the boundary ropes.

The incident happened in the 129th over of the Indian innings, with the home team pushing for an imposing total.

Commentators guffawed on air as Vernon Philander was seen trying to locate the ball under the pitch covers which were kept behind the boundary rope. “I have never seen something like this in international cricket!” exclaimed Murali Kartik.

The South Africa reserve players, seeing Philander needed help, joined him in his search. The crowd got into the act as well, as the television cameras joined the search mission as well.

Eventually, it was a camera that came to the rescue. There was a gleeful roar heard from the crowd as the giant screen showed that the ball had been lodged between two wedges of the boundary rope. Aiden Markram, possibly having seen the giant screen, came over to Philander and retrieved the ball.

Here comes the declaration from #TeamIndia after they post a total of 502/7 in the first innings of the 1st Test.

India declared their innings at 502/7 in the third session on Day 2.