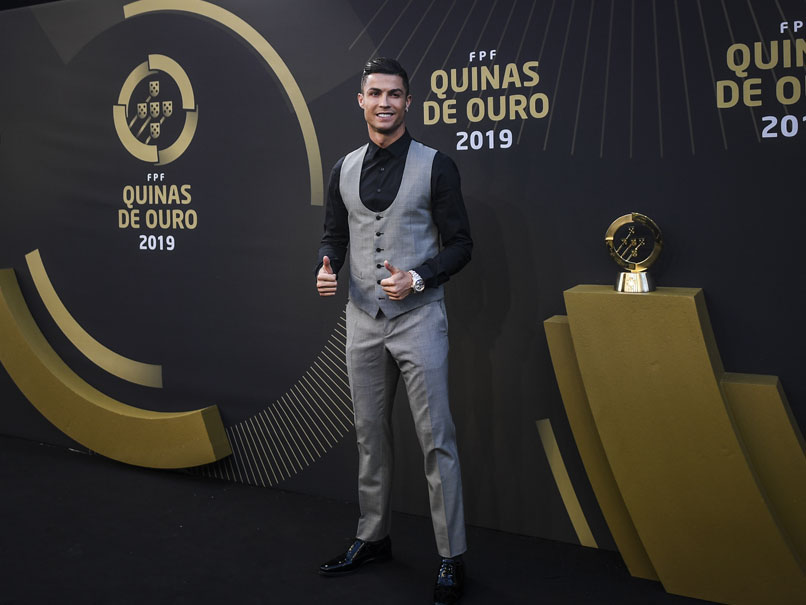 Cristiano Ronaldo won the Portugese Player of the Year award for a record 10th time. On this special occasion, Ronaldo got a heart-warming message from his former coach Alex Ferguson under whom he played in Manchester United from 2003 to 2009. Ferguson and Ronaldo both share a great relationship despite parting ways in 2013 when Ronaldo moved to Spain to play for La Liga giants Real Madrid which reflected in Ferguson's congratulatory message after Ronaldo's record achievement. "You have been an absolute pleasure for me to have known, to have worked with and to have seen you progress," Ferguson said in the video.

While there might be debate about whether Ronaldo is the world's best footballer or not, there is not an iota of doubt that he is the best player to have played for his nation -- Portugal.

Ronaldo was adjudged the best Portugese player for a record-extending 10th time after he helped his country win the inaugural UEFA Nations League tournament.

The legendary football manager, who led English giants Manchester United to several titles, reminisced the days when he brought Ronaldo to Manchester United from Sporting Lisbon when he was just 17 years of age.

"Congratulations on a great achievement and a wonderful night you're going to have in Portugal," Ferguson added.

"I'm really sorry I can't be with you, but I look back and see you as a young lad at 17 years of age who came to Manchester United, how you have progressed as a human being and a fantastic sportsman," Fergusson said in his video message.

"I want to say to you, and your mother, and all your family, and all of your kids; well done.

Ferguson concluded the video by once again congratulating Ronaldo, who is plying his trades at Serie A champions Juventus.

"So, good luck, have a great night, and well done," Ferguson concluded.

Ronaldo is currently with his national side during the international break and is scheduled to play against Serbia, Lithuania and Luxembourg in the Euro 2020 Qualifiers.