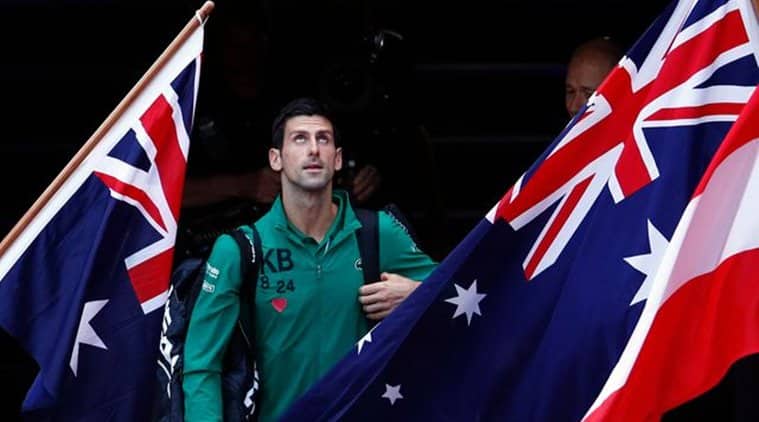 World no one Novak Djokovic, who clinched his eighth Australian Open title last month, was seen playing tennis with a bunch of kids on the streets of Belgrade. The Serb after wrapping up the Australian Open last month has taken some time out from the sport to be in his homeland and as per reports, he is promoting an event connected with his Foundation, alongside wife Jelena.

A video of him playing with the kids went viral on the internet. In the video, Djokovic can be seen engaged in a fun tennis rally with children without any net.

You have to love this from @DjokerNole ❤

Playing tennis in the streets of Belgrade with some local fans 🙌pic.twitter.com/nf8sGooovZ

“It was spontaneous, I was coming back with rackets, the first time I saw the kids playing tennis without a net. Then I told them I was going to bring a net between two lamp posts to hook them up and play nicely. It was great, for such moments one lives. Now, as a father, I invoke these situations to play with the children, and it is my pleasure to see the children play tennis, hit the wall, that’s how we all started,” Djokovic was quoted as saying by DailyMail regarding the incident.

Meanwhile, survival instructor Bear Grylls also shared the video and praised Djokovic for devoting time to the kids. The world-renowned adventurer is a great admirer of Djokovic and has also expressed his desire to shoot an episode in Serbia with the tennis legend.