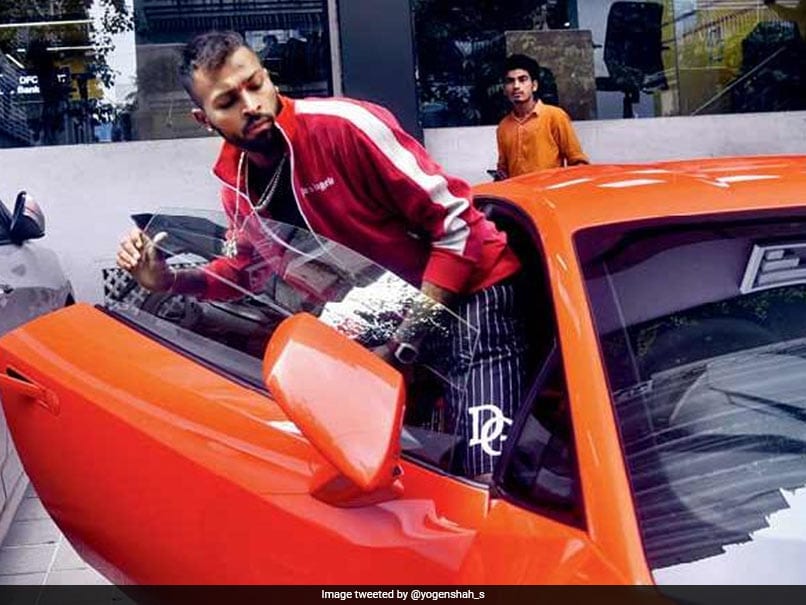 Hardik Pandya and brother Krunal Pandya are currently enjoying their break from cricket. Recently, a video surfaced on social media in which the brothers can be seen driving in a Lamborghini Huracan Evo in Mumbai. The car comes in Arancio Xanto colour that makes everything brighter. The Pandya brothers' swanky new toy is worth Rs 3.73 Crore (ex-showroom). The new Lamborghini Huracan Evo, launched in India in February this year, is a facelift to the supercar and now comes with more power, refreshed styling and aerodynamic upgrades. The Lamborghini Huracan first arrived in India in 2014 soon after its global launch and the facelifted comes five years later as the model reaches its midlife cycle. The supercar competes against the Mercedes-AMG GTR, Porsche 911, Ferrari 488 GTB and the likes.

Coming back to the cricketers, Hardik Pandya has been rested for India's ongoing full tour of the West Indies. However, Krunal Pandya was last seen in action during the 3-0 T20I series win against the West Indies.

Hardik is expected to return when India host South Africa in September. India are scheduled to play three Tests and the same number for T20Is against South Africa.

Krunal is expected to feature in the shortest format of the series.

Hardik and Krunal, who play together for Mumbai Indians in the Indian Premier League, are only the third pair of brothers to play cricket for India at the international level after Mohinder and Surinder Amarnath and Irfan and Yusuf Pathan.