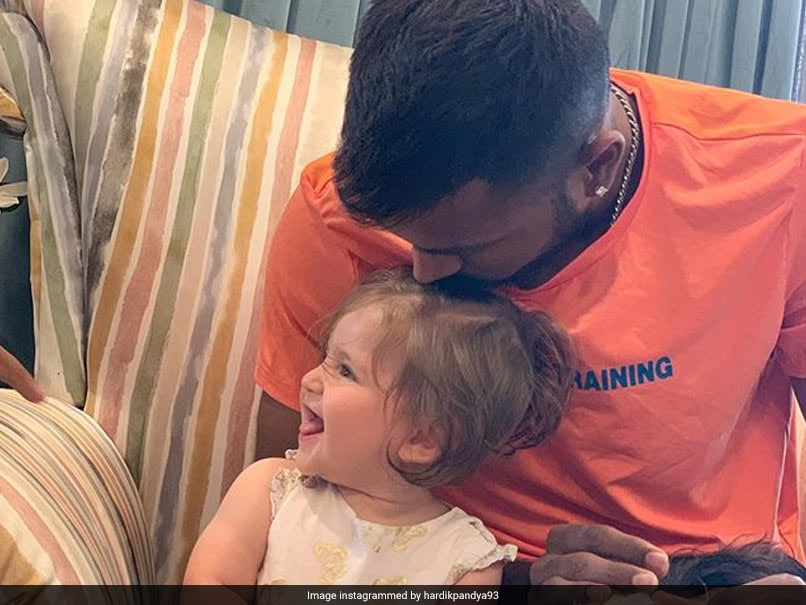 Hardik Pandya, India's premier all-rounder across formats, is enjoying his time off the field after the World Cup 2019. Despite being away from the action in the middle, Hardik is stealing all the limelight through his social media posts. Recently, the Mumbai Indians player posted cute videos on Instagram in which he is babysitting and making a baby laugh. "Babysitting Sunday For #thatcricketguy @jatin_sapru," Hardik captioned the video. While other Indian players have returned to the field, Hardik has been given an extended break post a hectic World Cup campaign, which ended with India losing in the semi-finals against New Zealand.

Hardik's videos won the Internet over in no time as netizens found it to be very cute and flooded the post with lovely replies.

Not just Hardik but his elder brother Krunal Pandya also attracted eyeballs when he posted a video last week wherein he was singing with Hardik.

Last week Hardik and Krunal gathered headlines once again when a picture of them riding a Lamborghini Huracan Evo in Mumbai surfaced online.

While Hardik was given a break from the full Caribbean tour, Krunal was included in the Twenty20 International (T20I) squad.

Krunal made full use of the opportunity and impressed everyone with his all-round skills, for which he even got the player of the series award.

Krunal played a crucial role in India's 3-0 win over the West Indies in T20Is.

Hardik is expected to return when India host South Africa in September. India are scheduled to play three Tests and the same number for T20Is against South Africa.