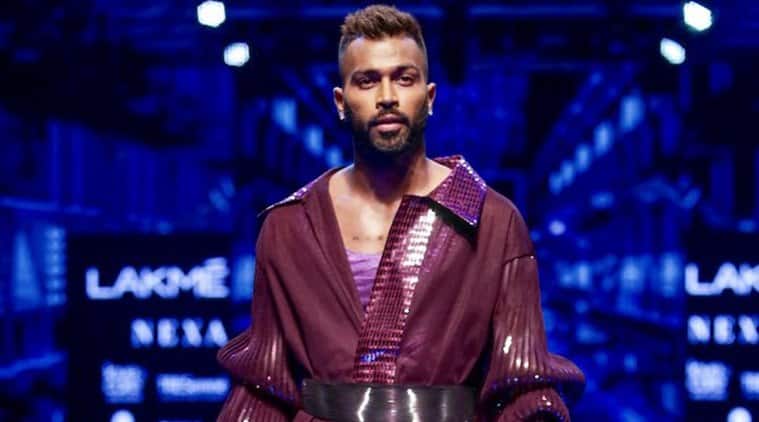 Hardik Pandya, who was rested for India’s tour of West Indies, is making the most of his time off as he walked the ramp in the ongoing Lakme Fashion Week.

Dressed in a maroon attire, the 25-year-old allrounder became the showstopper on Wednesday along with actor Lisa Haydon for designer Amit Aggarwal. Putting his controversial Koffee with Karan episode behind him, Pandya is seemingly enjoying his life outside of cricket.

”Rocked the ramp at LFW with @r.elan.official and @amitaggarwalofficial. Great collection made even better to wear with R | Elan fabrics and amazing craft of Amit Aggarwal. The best of @lakmefashionwk,” said Pandya’s caption on an Instagram video.

Rocked the ramp at LFW with @r.elan.official and @amitaggarwalofficial. Great collection made even better to wear with R | Elan fabrics and amazing craft of Amit Aggarwal. The best of @lakmefashionwk.

In India’s run to the semi-final of the World Cup which concluded in July, Pandya was a vital member of the team and would be looking forward to getting back to action in the upcoming home series against South Africa.

About the Koffee with Karan controversy, India opener KL Rahul spoke about the ordeals faced by him and Pandya. “It was hard for both of us. We did speak to each other about it while this whole process was on (investigation). He was with his family and friends and I was with my people. We switched off from the outside world for those few weeks. We learnt from the situation, accepted it, and now we are back to being good friends.” Rahul told Times of India.