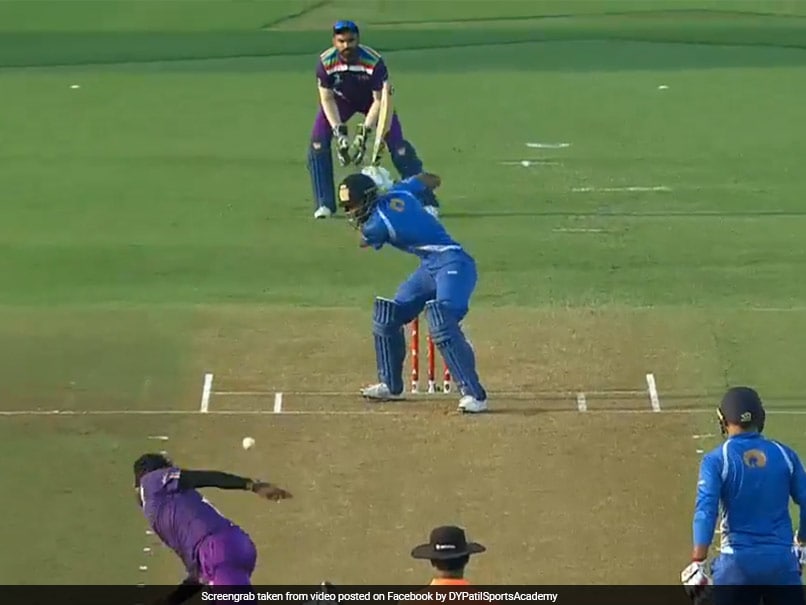 Hardik Pandya on Tuesday smashed a 37-ball century in a T20 tournament in Mumbai, making a strong case for his inclusion in India's squad for the upcoming three-match One-day International (ODI) series against South Africa. Hardik, who underwent a surgery last year, was left out of the New Zealand tour after failing a fitness test. Playing for Reliance 1 against CAG in a Group C encounter of the 16th DY Patil T20 Cup, Hardik scored 105 runs off just 39 balls, helping his side post 252/5 in 20 overs.

During his 39-ball stay at the crease, Hardik smashed eight fours and 10 towering sixes. After the innings, Hardik said he is happy with the way he is shaping up after being away from the game for almost six months.

"It's fantastic (platform) for someone like me. I have been away for almost six months. This is my second game after a long time. For me it is a good platform to see where I am currently and test my body. I am really happy with the way things have gone," Hardik told DY Patil Sports Academy in a video posted on their Facebook page.

Before injury, Hardik was an integral part of the Indian team across formats but after the surgery he underwent an intense rehabilitation process to regain the full match-fitness.

Earlier in the day, the all-rounder shared picture of his transformation in last three months.

From 68 kgs to now 75 kgs in three months. Non-stop effort, no shortcuts, #StrongerAndBetter Credit : @16rajini and @coach_a.i.harrsha thanks maccchi's

"From 68 kgs to now 75 kgs in three months. Non-stop effort, no shortcuts," Hardik captioned the picture on Instagram.

India will host South Africa for a three-match ODI series, the first of which will be played on March 12 in Dharamsala.