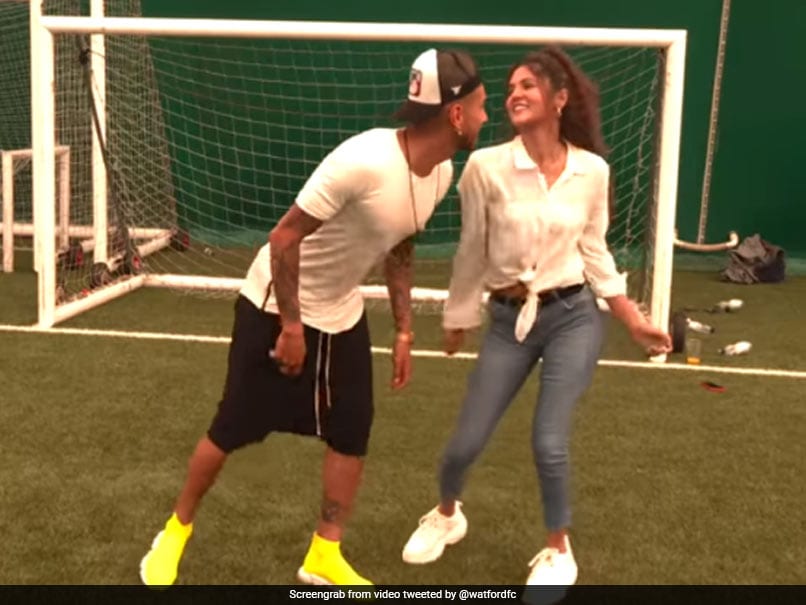 Argentine footballer Roberto Pereyra has been effective for Watford FC in the Premier League due his abilities with the right-foot in the midfield. Roberto Pereyra has also proved to be a handful when played as a forward for the Javi Garcia-managed side. But to most people's surprise Pereyra displayed his dancing skills, leaving the Indian fans enthralled. More so, because the 28-year-old chose to shake a leg on Bollywood superstar Shah Rukh Khan's smash hit Baazigar O Baazigar on the eve of India's 73rd Independence Day.

Pereyra joined the English football club from Juventus in 2016. He grew as a footballer after starting his career with River Plate youth team. He has made 78 appearances for Watford FC and has found the back of the net 13 times.

Pereyra won the Serie A title twice with record champions and his former club Juventus. He also clinched the Coppa Italia twice and Supercoppa Italiana once with the Turin club.

Watford began their Premier League campaign with a 0-3 loss to Brighton at home. They will next take on Everton in an away fixture on Saturday.

Watford finished 14th in the Premier League in the previous season with 11 wins, eight draws and 19 losses to their name.