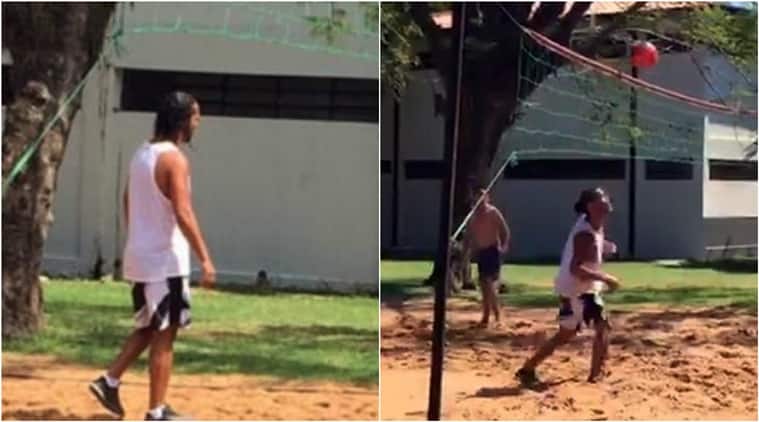 As the world is still attempting to adjust itself to the halt of sporting events due to the outbreak, Ronaldinho hasn’t kept himself down as he spends his days behind bars after .

The 2005 Ballon d’Or winner celebrated his 40th birthday on March 21 inside the prison with his older brother, Roberto Assis, who is also spending time with him for the same crime. And now, a video has surfaced from the Paraguayan prison, showing the World Cup-winner taking part in a game of foot-volleyball with other inmates.

While we’re all in quarantine due to coronavirus, Ronaldinho’s life in a Paraguayan prison really doesn’t seem so bad… pic.twitter.com/bs2X94reqX

In the 90-second footage, Ronaldinho does not even lose a single point. Apart from teaching the other prisoners a trick or two in foot-volleyball, he has kept himself productive in other arenas too.

Recently, he won his futsal teammates a 16kg pig as a prize after scoring five and assisting six goals in a 11-2 victory in a prison tournament final. Other than that, it’s revealed that he has been attending a carpentry course.

Talking about Ronaldinho’s stay in the prison, former Paraguay international Nelson Cuevas said, “He is sad. Hopefully, he can get out soon. It’s not what he’s used to. The place is big and he was able to play football too. He is with his brother in a room with two beds.”

The former Barcelona forward is still awaiting trial in Asuncion as defense lawyer Sérgio Queiroz believes he should be freed before his six-month stay because he is not a threat or flight risk.