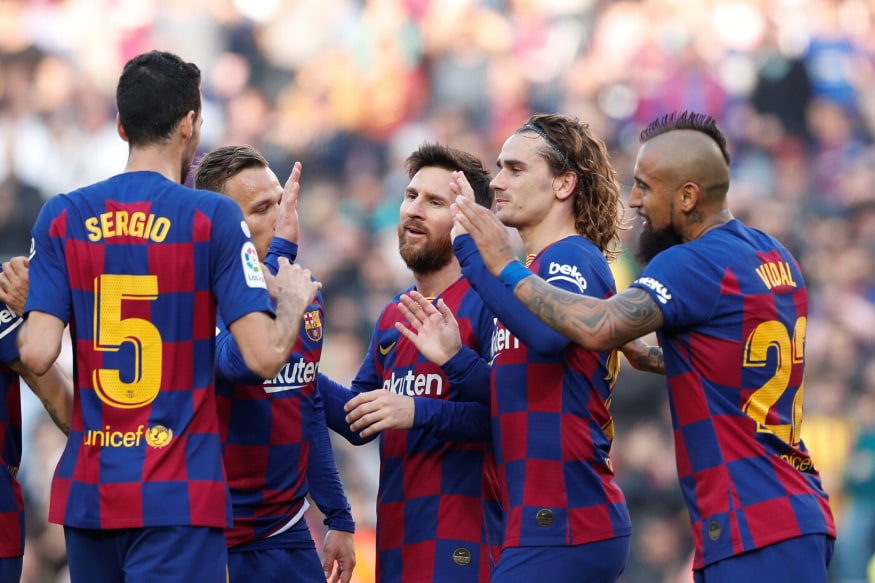 Napoli will face Barcelona on Wednesday in the round of 16 knockouts of the UEFA Champions League 2019-20. The match will be played at Napoli's Stadio San Paolo. The match will commence from 1:30 AM IST.

Barcelona are currently leading the La Liga points table while Napoli are sixth in Serie A points table.

Napoli go to the first leg of their tie against Barcelona after back to back wins in the league against Cagliari and Brescia. Meanwhile, Barcelona was back at the top of the La Liga after Real Madrid lost to Levante.

In the UEFA Champions League, Barcelona had to steer its way through the competitive Group F, which had the likes of Borussia Dortmund and Inter Milan.

The team from Naples is capable of beating the big boys in Europe. They defeated defending champions Liverpool in the group stage.

Barcelona boss Quique Setien will depend on Lionel Messi to lead the attack and will pair him with Antoine Griezmann. Messi is in good form after scoring four goals in the 5-0 win against Eibar.

The Catalan superhouse will continue to miss the services of forwards Luis Suarez and Ousmane Dembele.

What time is kick-off?

The game will kick off at 1:30 AM IST on Wednesday night at Stadio San Paolo.

What TV channel is it on?

Sony will show every game from the Champions League LIVE in India this season. Napoli vs Barcelona will be LIVE on Sony Ten2 SD and HD on Wednesday night.

How can I stream it?

The Champions League Napoli vs Barcelona match can be streamed on Sony LIV app in India by premium users.